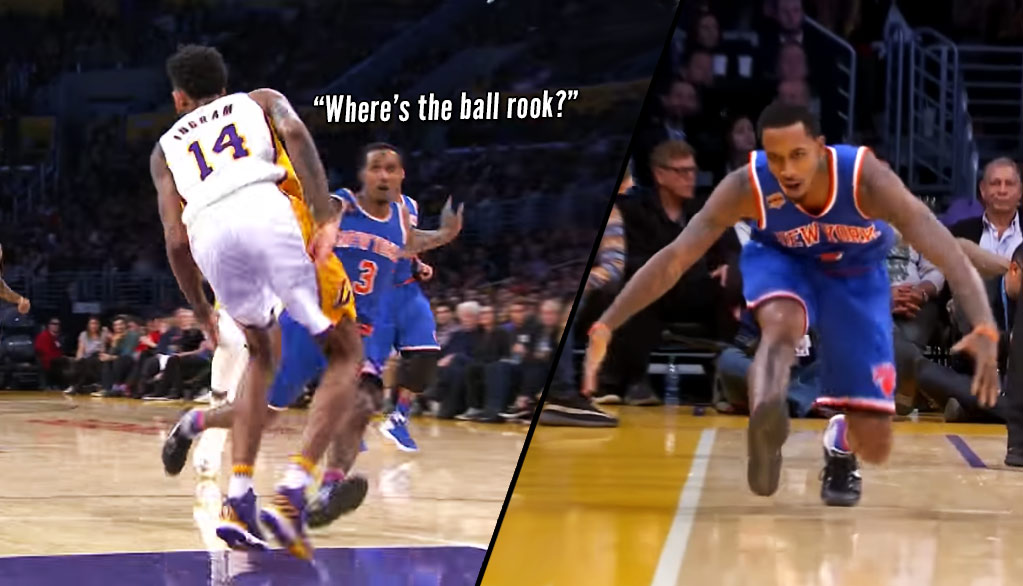 Godzingis had 26 points and 12 boards and Derrick Rose had 25 in his return but the star of the show at Staples on Sunday was ...(Read more)

Godzingis had 26 points and 12 boards and Derrick Rose had 25 in his return but the star of the show at Staples on Sunday was 6th Man Brandon Jennings, who tied his season-high of 19 with a 15-point 4th quarter vs the Lakers.

“It’s just trust,” Jennings said. “I just try to bring as much energy to it as I can.”

The highlight of the 4th was a flashy assist to Courtney Lee, which came seconds after Jennings hit back-to-back 3-pointers that gave the Knicks a five point lead.

Jennings has scored in double-figures in four of the last five games; three of his top four highest scoring performances this season also came during the past week.