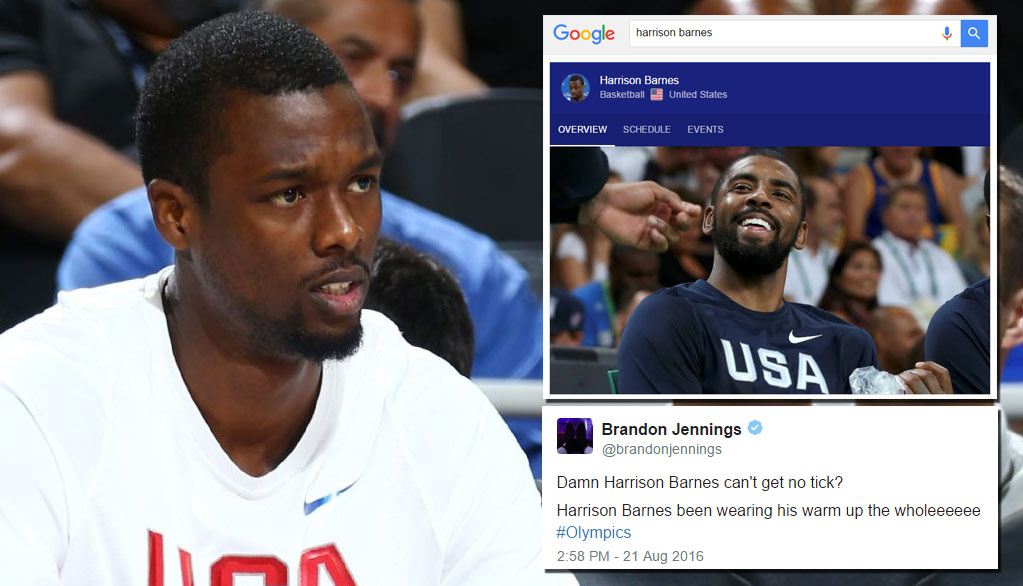 Almost every USA basketball team has had one: The human victory cigar. The unfairly mocked talent who doesn’t play unless a team is up by 20. ...(Read more)

Brandon Jennings, Twitter & Even Google Clowned Harrison Barnes For Not Getting Minutes In The Olympics

Almost every USA basketball team has had one: The human victory cigar. The unfairly mocked talent who doesn’t play unless a team is up by 20.

Christian Laettner was that player on the original Dream Team; Steve Smith was that player on Dream Team 2; Even Shaquille O’Neal had to play that role in the Gold medal game for Dream Team 3 – Shaq was so pissed at Coach Lenny Wilkens, he actually drove straight from Atlanta to his home in Orlando after the game. For the 2016 USA (Not A Dream) Team, Harrison Barnes is that person with the unfortunate title.

The new (very rich) Maverick racked up a total of 17 points, 7 boards and 3 dimes in 31 minutes during the USA’s journey to Gold. And on Sunday, the internet was as ruthless as ever when Barnes was sitting in a blowout win over Serbia and then even more so when he finally got to play.