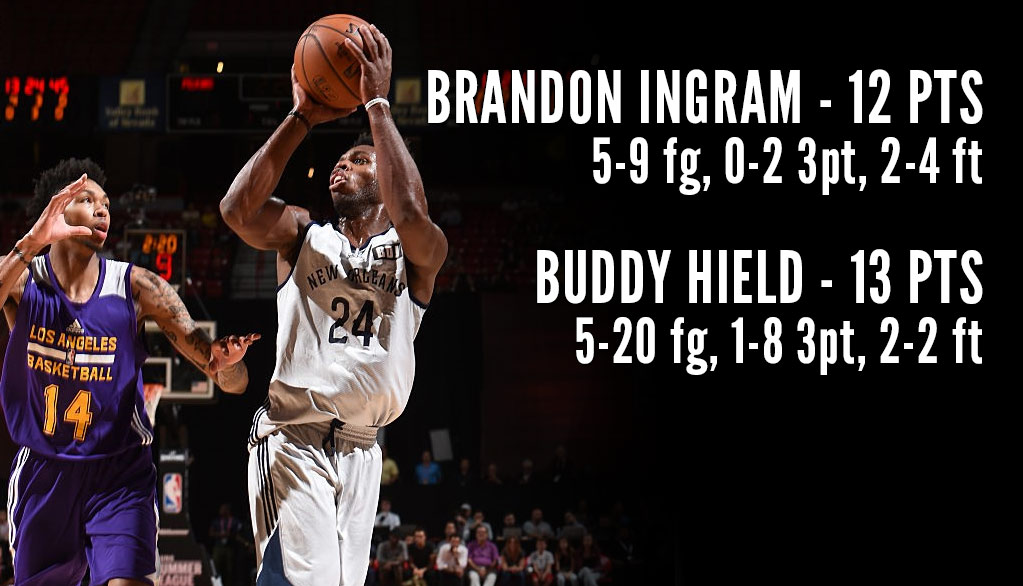 Rookie Buddy Hield had a hard time finding his shot during his NBA debut against the Lakers on Friday. The 6th pick of the draft finished ...(Read more)

Rookie Buddy Hield had a hard time finding his shot during his NBA debut against the Lakers on Friday. The 6th pick of the draft finished with 13 points but missed 15 of 20 shots including 7 of 8 3-pointers. 1 of those 15 misses can be contributed to Larry Nance Jr and this vicious block.

“That’s horrible” Hield said after the game when he realized how many shots he missed. “They really played aggressive on me. They know the type of caliber of player I was at. They didn’t want me to get off. They were really aggressive; I’m always used to guys being aggressive. That was probably the first time I’ve shot like that in maybe two years. So I’m just getting used to the game, getting used to the physicality of the game. So next time I’ll know what to do.”

As for the Lakers 2nd pick, Brandon Ingram, he was a little better with 5 of 9 from the field but missed both of his 3-point attempts and half of his free throws (2-4).