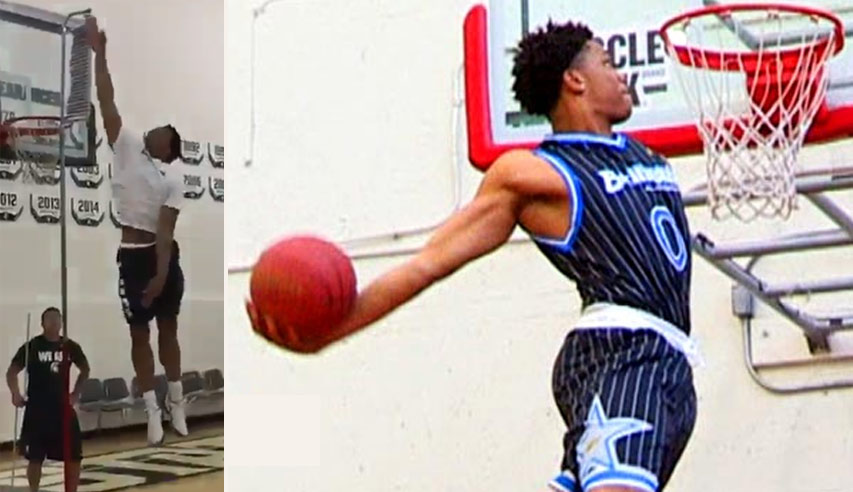 Can Michigan State’s Miles Bridges Touch The Top Of The Backboard!?

So what? I’m not sure you can show me any video of future Spartan Miles Bridges jumping and dunking anymore and shock me.

Last month, I watched him dunk for almost 48 hours during the Ballislife All-American game weekend and my reaction to almost every dunk was the same one Famouslos32 had when he watched him dunk, “Momma probably held him back 3 times” because high school kids should not be dunking like him. So that’s why i’m saying so what if the freak can touch the top of the backboard? Can he make change like Jumping Jackie Jackson or David Thompson? He probably can.

He also put on a sick show during opening night of the Moneyball Pro-Am, which included a nice version of Tracy McGrady’s off the backboard alley-oop.

I can tell them they are going to be seeing the best dunks since Jason Richardson was throwing down 360s at Michigan State.

And for those lucky spectators at Aim High on Thursday, they also got a first look at Josh Langford, Nick Ward and Ballislife All-American Cassius Winston.