After the trade that sent JR Smith and Iman Shumpert to the Cavs, Carmelo Anthony said he’s “got to trust in what’s happening” and “got to trust in the plan” that Phil Jackson has.  But one thing he probably doesn’t have much faith in is Cole Aldrich’s ability to hit a hook shot.

As bad as Cole missed that hook shot he did score in double figures and made 5 of 11 shots for the Knicks who are currently on a 13 game losing streak. 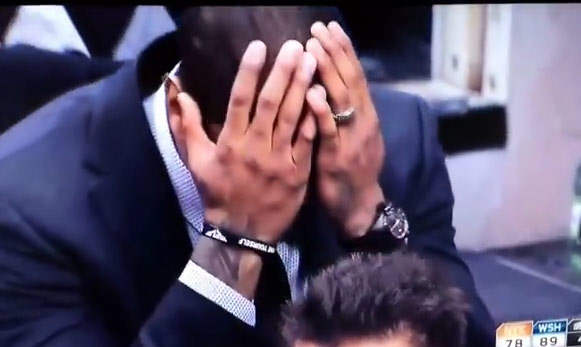