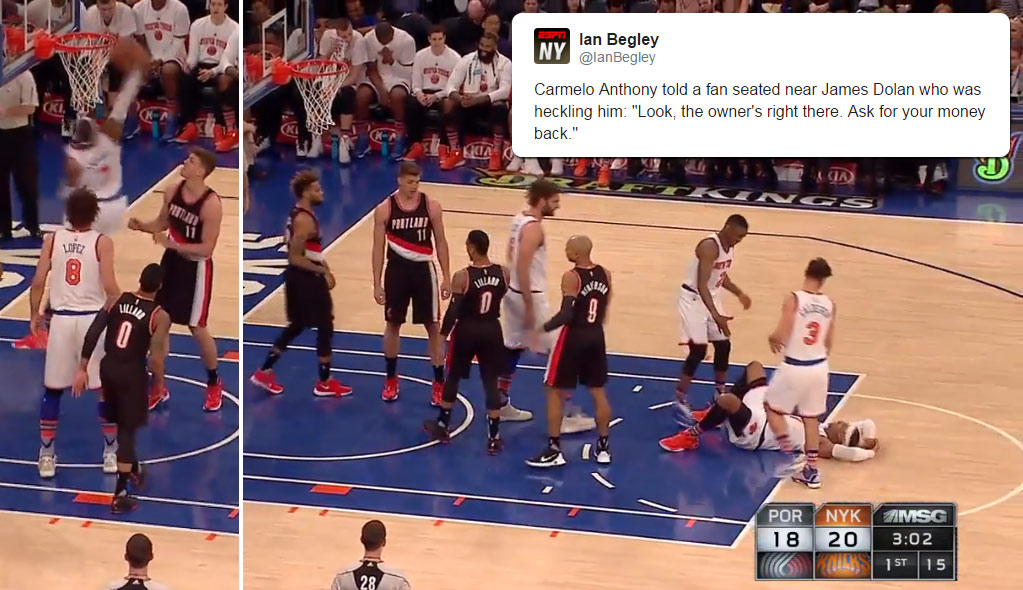 This play pretty much sums up the season for the New York Knicks. After a foul, Melo tried to throw down a dunk and not only ...(Read more)

Carmelo Anthony Gets Rejected By the Rim, Tells Fan He Should Ask For A Refund

This play pretty much sums up the season for the New York Knicks. After a foul, Melo tried to throw down a dunk and not only got rejected by the rim but fell down on the ground. The only thing Melo and Knicks fans could do was just laugh about the moment.

As for one specific unhappy Knicks fan in attendance, who apparently expected to see the the team play well and win – they lost this game to the Blazers by 19 – Melo told him exactly what he should do.

… that he should ask for his money back if that's how he feels. Fan said he wasn't coming back, apparently.

Back to Melo’s dunk FAIL. He’s had a few nice dunks in his NBA career but can you believe he actually competed in the McDonalds High School Dunk Contest back in 2002? And yes, they are as impressive as the Knicks this season.

For the Melo fans, here’s what I consider his best dunk ever.