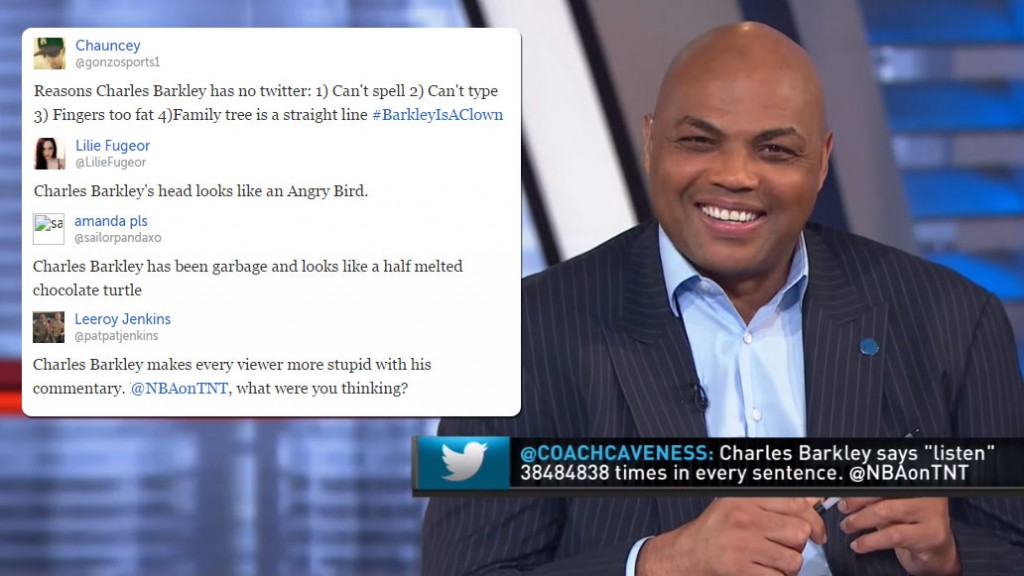 To celebrate 15 years of Charles Barkley turning Inside the NBA into an Emmy winning must-see variety show – as opposed to the dull 1-man Ernie ...(Read more)

To celebrate 15 years of Charles Barkley turning Inside the NBA into an Emmy winning must-see variety show – as opposed to the dull 1-man Ernie Johnson show it was in the 90s – the TNT crew gave him a “piece of glass” and took a page out of the Jimmy Kimmel book and had Barkley read some “mean tweets.”  Since it was TNT they kept it G so I found some real mean tweets and posted them below.

Before I get to those pretty nasty tweets, I do want to compliment Barkley (one of my favorite athletes since his playing days in Philly) by saying he’s become one of the most underrated players of all-time. If he had just 1 ring, he would be mentioned more often as 1 of the 10 best players ever and top 2 or 3 best forwards ever.