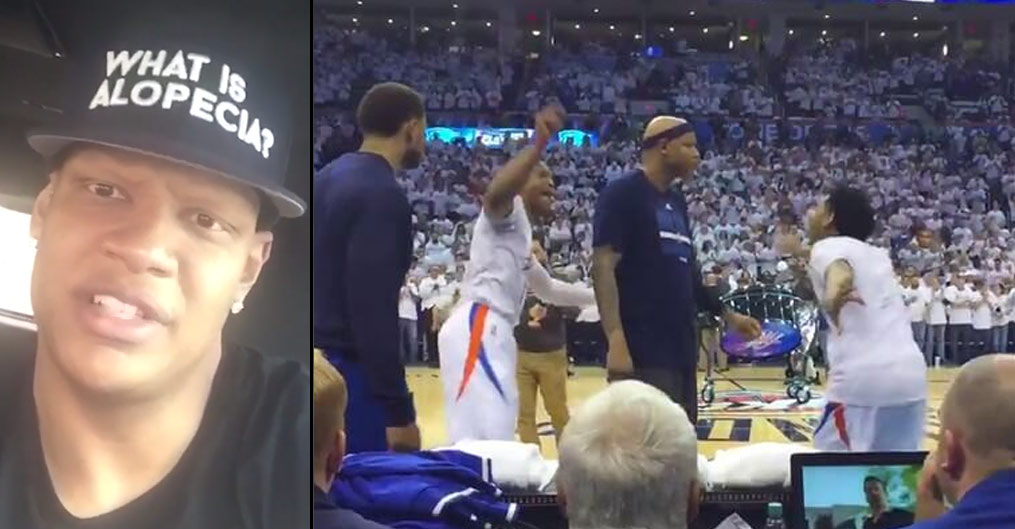 Charlie Villanueva, via Twitter, responded to Kevin Durant and Russell Westbrook saying his interruption of Westbrook and Cameron Payne’s pre-game 2 dance routine was “fake shit” and “for the players that don’t play.”

“Cameron Payne and myself, we both had the same stat line.”

That stat line for him and Payne was a big donut, but Justin Anderson, the other Mav Westbrook pushed, had 6 points, 5 boards, 1 steal, 1 block and 1 fancy behind the back assist.

As for the dancing.

“If you want to go dancing and stuff like that, go to a nightclub. Go to a club. Go to Dancing With the Stars and be a dancer.

“They were in my way too, so I wasn’t necessarily interrupting their dance”

He then said they can battle dance, just not on the basketball court.

#PROcast EXCLUSIVE: “If you want to go dancing & stuff like that, go to a nightclub.” – @CVBelieve to Westbrook.https://t.co/tIHep0wsOI