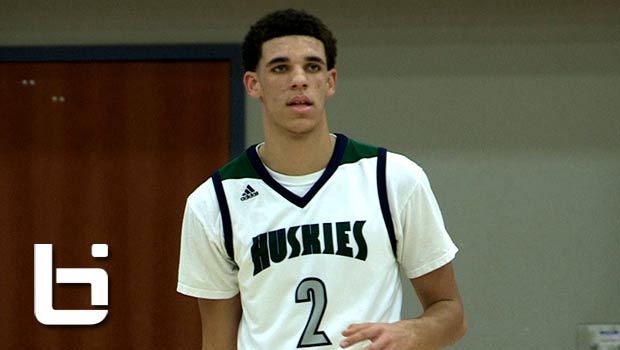 Chino Hills (Calif.) is fighting for the No. 1 spot in the FAB 50 National Team Rankings and looking to remain unbeaten heading into the New ...(Read more)

Chino Hills (Calif.) is fighting for the No. 1 spot in the FAB 50 National Team Rankings and looking to remain unbeaten heading into the New Year. One game is in the books at the Maxpreps Holiday Classic, as the Huskies will face tough Rufus King (Milwaukee, Wis.) in Monday quarterfinal action. Take a look at the raw footage from Chino Hills’ first round win and previews of all four quarterfinal games.

Coming off its impressive run to the City of Palms Tournament title, the Chino Hills (Calif.) Huskies know they have a big target on their back in every game the rest of the season. Knocking off the Huskies could also potentially make the season for one of their upcoming opponents. From the looks of things on the first day of the MaxPreps Holiday Classic in Rancho Mirage (Calif.), it’s going to a special effort for one of the seven other open division first round winners to knock Lonzo Ball and company off.

Ball, a UCLA recruit and a Mr. Basketball USA candidate, finished with a triple-double of 25 points, 14 assists, 10 steals, plus seven rebounds in Chino Hills’ 97-58 first round win over Seattle Prep (Wash.). The Huskies and Seattle Prep were tied at 9-9, then Chino Hills went on a 15-0 run to close out the first quarter and never looked back. As coaches and fans found out in Ft. Myers, Fla., 6-foot-9 freshman Onyeka Okongwu is a huge difference-maker for Chino Hills. He had six blocked shots in the first quarter and finished with eight blocks, eight points and five rebounds.

Chino Hills (Calif.) vs. Rufus King (Milwaukee, Wis.), 7:30 pm
Was it a case of Rufus King making Santa Margarita (Rancho SM, Calif.) look bad, or is Rufus King that good? Whatever the case, Santa Margarita didn’t impress in a 52-45 loss to the visitors from Wisconsin. Rufus King showed toughness and got after it after trailing early and at halftime 23-21. Rufus King’s best player was 6-foot-1 junior Vershon Cotton, a nard-nosed guard who can really fill it up. He scored 18 points, while highly-regarded junior guard Jordan Poole added 13 points. Poole is going to need to have a big game and hit a higher percentage from the outside if Rufus King is to have any chance versus “Run GMZ”. The “G” in GMZ, 6-foot-5 junior forward Li’Angelo Ball, led Chino Hills with 29 points. His 14-year old freshman brother, 5-foot-9 La’Melo Ball (The “M” in GMZ), made only 3-of-16 shots and finished with six points. As a trio, the Ball Bros. showed in Ft. Myers, Fla., they can shoot a low percentage from the field and still win games. Will that trend hold up as the pressure begins to mount for Chino Hills in terms of its chances to finish the season with a No. 1 national rating?

Alemany (Mission Hills, Calif.) vs. Jonesboro (Ga.), 3:00 pm
If any result in the open division’s first round can qualify as an upset, it was Alemany’s 63-60 victory over Moreau Catholic (Hayward, Calif.). Moreau defeated FAB 50-ranked Sierra Canyon (Chatsworth, Calif.) to open the season while Alemany lost to the same club, 76-55. The Mariners were ranked No. 32 in the previous FAB 50, but lost in the title game of the Maui Classic to Lee (Huntsville, Ala.) in its previous game and to a Warriors team on Saturday night that executed better down the stretch. Coach Tray Meeks’ club got some excellent individual defense in the closing minutes from 6-foot-4 junior Ernie Sears and 17 points apiece from 5-foot-10 sophomore guard D.J. McDonald and 5-foot-8 senior point guard Shaquille Dawkins in the three point win. Alemany took a 36-25 lead, only to see Moreau Catholic storm back to take a 41-39 lead before the Warriors closed it out in the final minutes behind two key buckets from Sears. Jonesboro began the season nationally-ranked, but close losses to Norcross (Ga.) and Wesleyan Christian Academy (High Point, N.C.) knocked the Cardinals out of the FAB 50. They have since won eight consecutive game, the latest a 67-49 opening round victory over a Windward (Los Angeles) club that simply couldn’t keep up in transition. M.J. Walker, an All-American candidate as a junior, took control early, scoring 21 points in the first half and finishing with 25. Jonesboro dealt with a 16-hour travel day and should be ready to go Monday. If both teams play to their potential, it would seem Jonesboro would have more of a chance to upset Chino Hills in a potential semifinal game, but it doesn’t mean Jonesboro can be considered a sure-fire favorite versus Alemany.

Bishop Gorman (Las Vegas, Nev.) vs. De La Salle (Concord, Calif.), 4:30 pm
The Gaels of Bishop Gorman simply had too much firepower for Capital Christian (Sacramento, Calif.). Gorman led 12-2 to begin the game and was in control the entire way. Junior forward Charles O’Bannon Jr. continued where he left off at the Tarkanian Classic, leading the way for Gorman with 29 points. Junior guard Christian Popoola Jr. chipped in 18 points. The game versus Capital Christian was ugly at times and Gorman is going to have to clean a few things up if it expects to get by De La Salle. The Spartans impressed in their 64-47 first round victory over Prestonwood Christian Academy (Plano, Texas). De La Salle led 23-8 after one period of play and kept Prestonwood at bay when it tried to gain an advantage inside behind 6-foot-11 senior Schnider Herard. De La Salle has a first-year head coach in A.J. Kuhle, but as long as seniors Jordan Ratinho (19 points) and Nikhil Peters (14 points) are shooting well, the Spartans have a chance against any team on its side of the bracket. De La Salle will need a big game from 6-foot-6 junior Emeka Udenyi down low against Gonzaga-bound 7-footer Zach Collins in order to move on to Tuesday’s semifinals.

Redondo Union (Redondo Beach, Calif.) vs. Bentonville (Ark.), 6:00 pm
With Kentucky-bound Malik Monk, FAB 50-ranked Bentonville has more star power, but that doesn’t mean the Sea Hawks won’t be able to play with the boys from Arkansas. After losing to Bishop Gorman in the second round round of the Tarkanian Classic, Redondo Union lost to Prestonwood Christian Academy in Las Vegas before closing out the tournament with a win. Redondo’s 77-59 opening round win over Folsom (Calif.) was never in doubt, as 6-foot-2 junior Ryse Williams led the way with 25 points, while senior guards Morgan means and Leland Green added 14 points each. Bentonville, a team many are pegging as a potential finalist opposite Chino Hills, opened with a 73-70 victory over St. Petersburg (Fla.). Tyler Robinson, a 6-foot-5 forward who loves to attack the rim, led Bentonville with 20 points while Monk added 16. Although Bentonville had four players score in double figures, Monk and company got will have to play better in order to advance against Redondo or harbor any thoughts of leaving California with a tournament title. It let St. Petersburg hang around and got careless at the end of the game. It wouldn’t surprise us if that was the wake-up call the visitors from Arkansas needed.