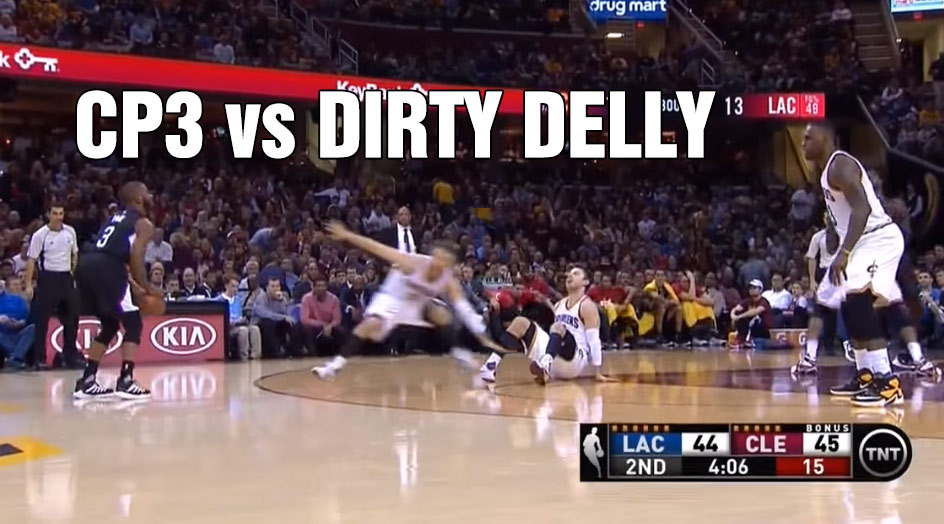 The Cavs Matthew Dellavedova is having a pretty awful week. The week started with an embarrassing 34 point loss to the Golden State Warriors. Then he ...(Read more)

The Cavs Matthew Dellavedova is having a pretty awful week. The week started with an embarrassing 34 point loss to the Golden State Warriors. Then he was named the “Dirtiest Player In The League” after receiving 13 votes in a NBA GM survey; OKC’s Steve Adams was second with just 7 votes. Then on Thursday, he ended up on the most replayed clip of the night when he was sent to the floor trying to guard Chris “Not Voted An All-Star Starter” Paul. The good news for Delly is CP3 missed the shot and the Cavs won the game by 13. Bad news is the Warriors are still better, people still think he’s “dirty” and most enjoyed watching him get dropped to the floor.

Paul couldn’t finish the play or the night with a win but did have a game-high 30 points (11 of 19 shooting) and 9 assists.