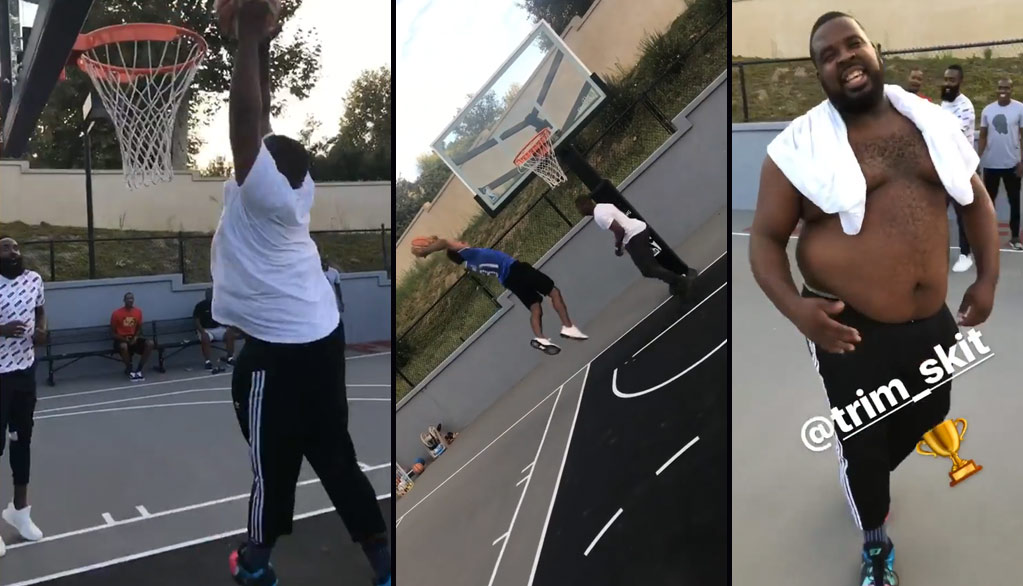 After a labor day workout with new Houston teammates James Harden and Bobby Brown, Chris Paul provided some funny commentary for a dunk contest won by Jay Cuddler aka Skitzel. The BIG(!) man from The Beard’s entourage won the contest with a shocking 360 and a shirtless dunk.

After the win, Skitzel posted on his IG account he was “taking the show on the road” and his “patnas” Harden and CP3 “got whatever on me! #LineItUp”

The last time I saw a more shocking dunk contest end with a guy taking his shirt off it was in 2001, when David Lee upset James White in the McDonalds dunk contest. White had a shot at redemption in the 2013 NBA dunk contest but came up short in the very forgettable event, which happened to take place in Houston.

Back to the backcourt of the Houston Rockets, here’s some footage of Harden and CP3 in a labor day pick-up game.