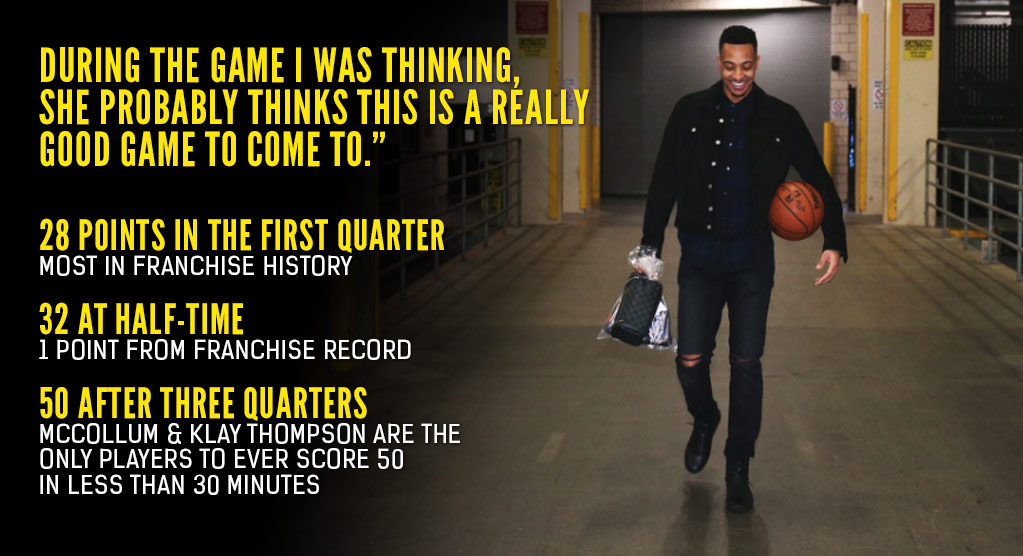 CJ McCollum had one for the history books on Wednesday. He started the night off by scoring a franchise-record 28 points on 11-of-14 shooting in the ...(Read more)

CJ McCollum had one for the history books on Wednesday. He started the night off by scoring a franchise-record 28 points on 11-of-14 shooting in the opening quarter against the Bulls. By halftime, he had 32, which was one point shy of Damian Lillard’s franchise-record. By the end of three quarters, he became the seventh player in franchise history to score 50 points. By the end of the game, he still had 50 (on just 24 shots) because, unfortunately, the game was a blow out and McCollum’s services weren’t needed in the final quarter.

The disappointment of seeing a player on his hottest night sit out the fourth was reminiscent of the time Klay Thompson put up 60, also in just 29 minutes; Thompson and McCollum are the only two players in NBA history to put up 50 in less than 30 minutes.

One person who wasn’t disappointed was McCollum’s 92-year-old aunt, attending her first Blazers game in Portland.

“During the game I was thinking, she probably thinks this is a really good game to come to,” Said a laughing McCollum,

He also called her a “soldier” and said he will probably celebrate with her with “some wine and maybe some Henny.” 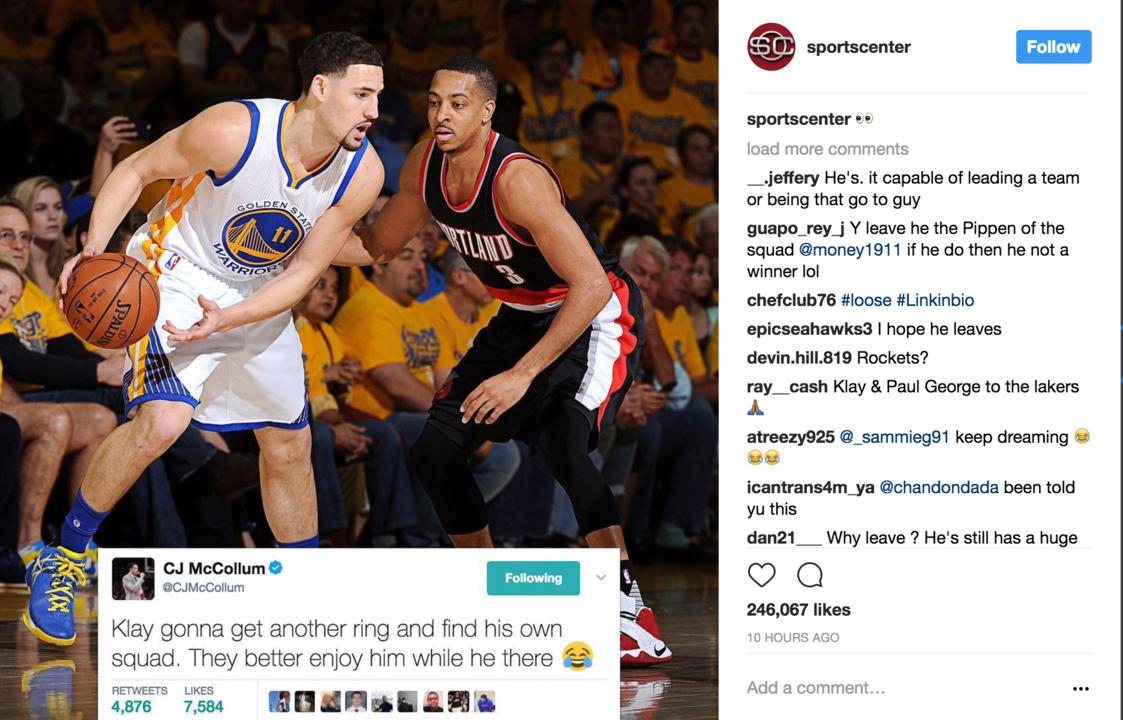