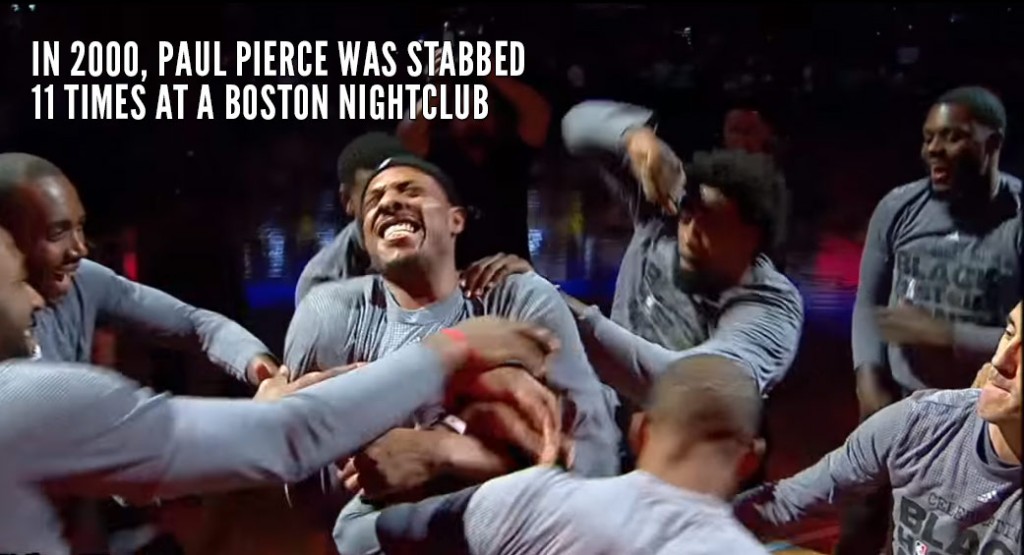 On September 25th of 2000, Paul Pierce was stabbed in the face, neck and back 11 times while in a pool room of a nightclub. The attackers were reportedly associated with the very forgettable Boston rap group Made Men.

15 years later, the founding member of Made Men, Benzino, is now a “reality star” on forgettable shows like ‘Marriage Boot Camp’ and the living legend that is Paul Pierce is now playing for the Clippers. And on Wednesday night, as the Clippers visited Boston in what may be The Truth’s final game in Boston, Pierce’s teammates honored him by reenacting his stabbing during the pregame introduction – Blake Griffin was not present to participate in the beating of his teammate.

Unfortunately for the Clips, finally All-Star guard Isaiah Thomas was there to deliver multiple daggers, score 36 points and dish out 11 assists in a 139-134 OT win.

Pierce finished the game with 6 points and 3 rebounds in 22 minutes.

PAUL PIERCE TALKS ABOUT THE STABBING