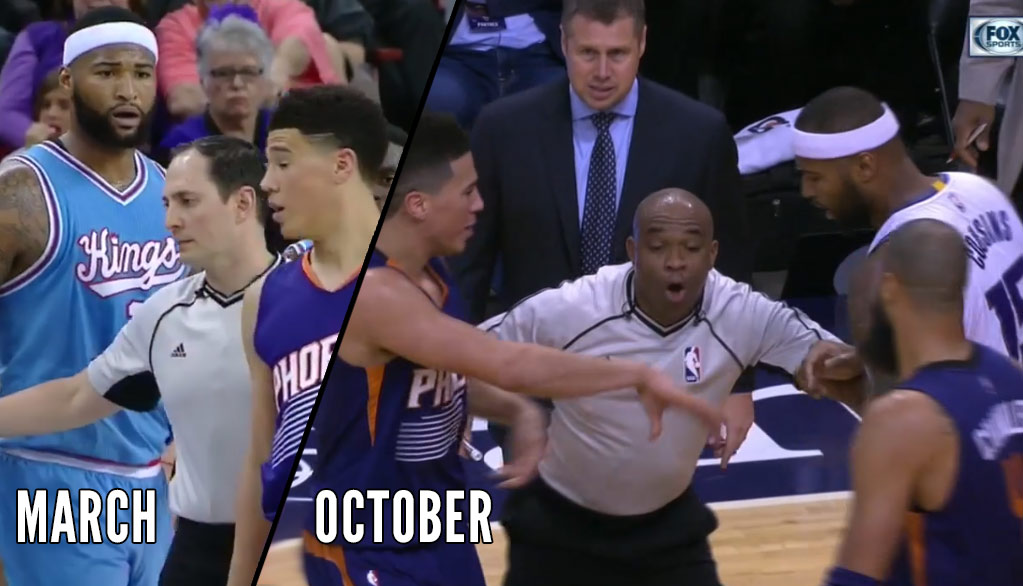 On Wednesday, former Kentucky players Devin Booker and DeMarcus Cousins had a “minor scuffle” after the 6’6 Booker was called for a foul and then bumped by ...(Read more)

On Wednesday, former Kentucky players Devin Booker and DeMarcus Cousins had a “minor scuffle” after the 6’6 Booker was called for a foul and then bumped by the 6’11 Cousins.  A ref quickly became the two before anything escalated.

Although I don’t think there’s any beef between the two Wildcats, back in March, the two were involved in a similar situation.

I still don’t think there’s any bad blood between them but after hearing what their former coach, John Calipari, had to say when he was asked who he would take in a scrap between Booker and Cousins, I kind of wish they would get into a scrap…only if Tyler Ulis is around.

“Let me say this. Devin will not budge and I imagine the little kid (Tyler Ulis) went out and bit his (Cousins) knee cap when it happened. That’s two boys right there. Those two are like two peas in a pod.”

Click here to watch the Calipari video if the following video is not working.