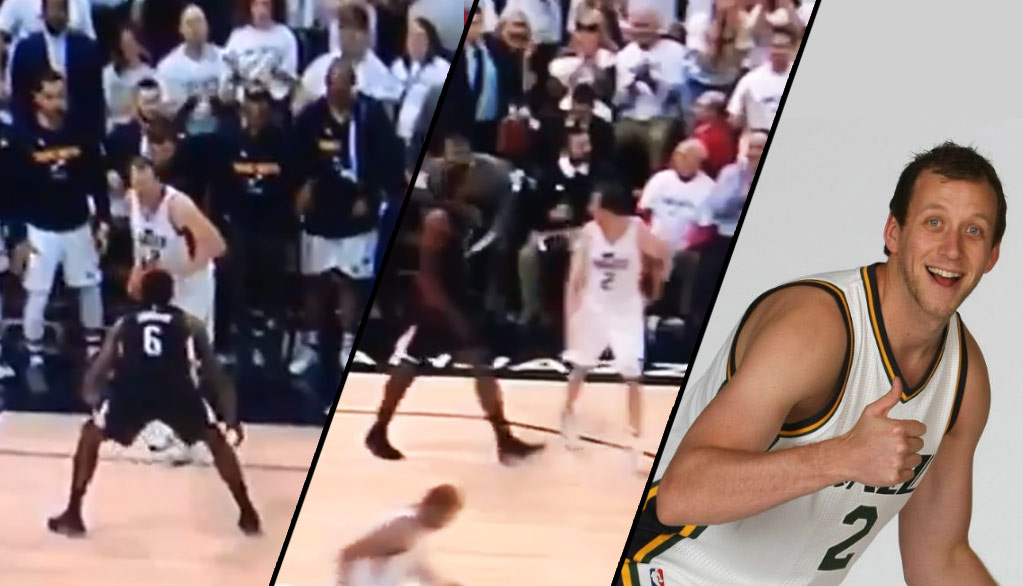 Chris Paul had a few nasty moves on his way to scoring a season-high 34 points (24 in the 2nd half) and Gordon Hayward had some ...(Read more)

Cold-Blooded Joe Ingles Waits For DJ, Hits A 3, Then Stares Back At Him

Chris Paul had a few nasty moves on his way to scoring a season-high 34 points (24 in the 2nd half) and Gordon Hayward had some nice dunks on his way to a career-high 40 points, but the highlight of GM3 belonged to cold-blooded Joe Ingles!

The former Clipper (was cut during the preseason in 2014; the Jazz signed him two later) knocked down three threes, including a disrespectful one on DeAndre Jordan, which was followed by a look back that would make John Wall proud. Who knew Joe had that in him?

He finished the game with nine points, a team-high five assists and three boards. He also had a shot at a four-point play but he had no interest in making any shot that wasn’t a 3-pointer: 3-8 fg, 3-8 3pt, 0-1 ft.