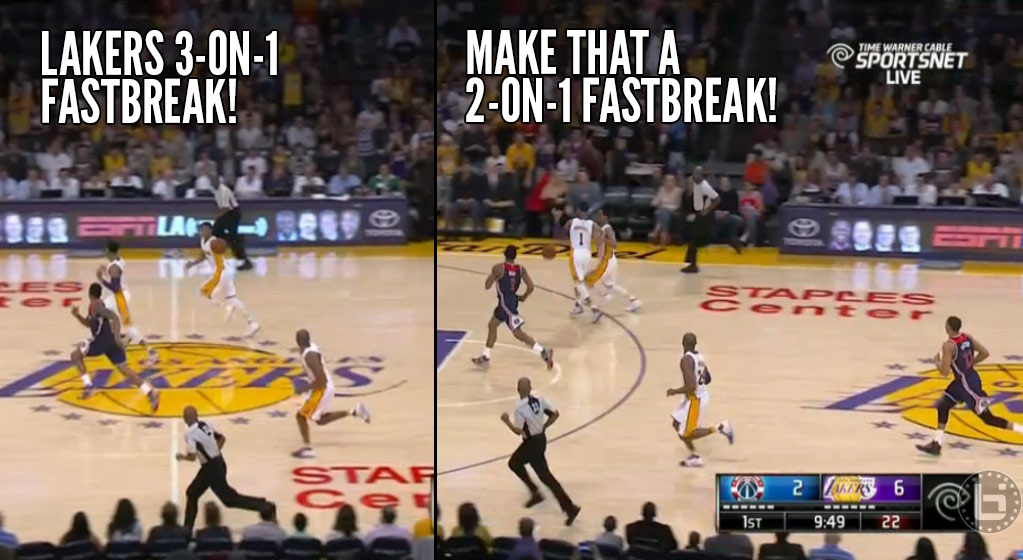 Jordan Clarkson had just 2 points on 1 of 7 shooting and 3 assists during Sunday’s butt whooping from the Wizards. He might have ended ...(Read more)

Jordan Clarkson had just 2 points on 1 of 7 shooting and 3 assists during Sunday’s butt whooping from the Wizards. He might have ended up with 4 points or assists if D’Angelo Russell wouldn’t have messed up this 3-on-1 fastbreak by running in front of him.

I’m sure the fastbreak fail made coach Byron Scott cringe, since he was part of the greatest fastbreaking Lakers team ever: 80’s Showtime.

Back to the total opposite of that championship Lakers team, Russell did put up some decent numbers in the loss and tied John Wall with a game-high 22 points but was out assisted 11 to 2.