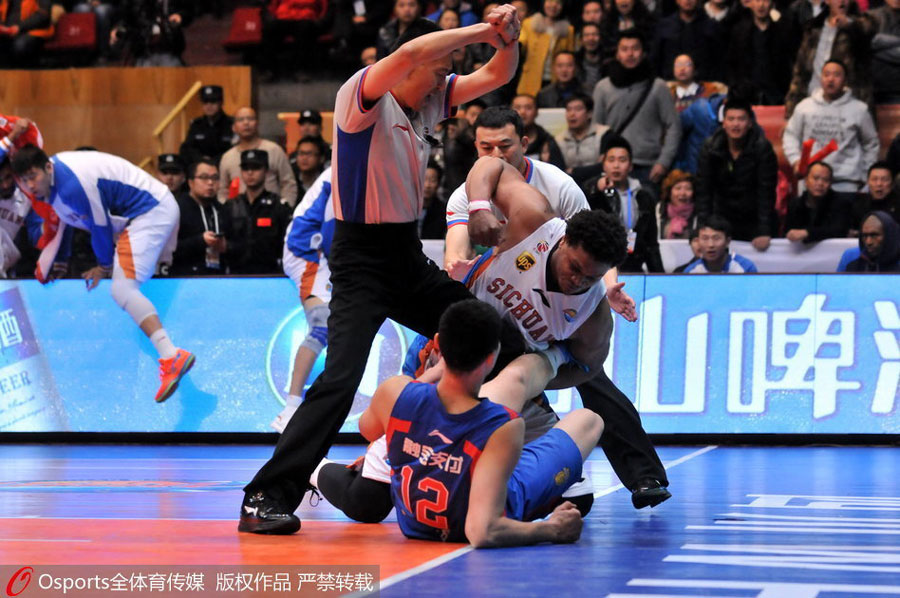 Remember Daniel Orton. the former Magic draft pick who played for the Thunder and was recently cut by the Wizards after the Summer League?  If not, ...(Read more)

Remember Daniel Orton. the former Magic draft pick who played for the Thunder and was recently cut by the Wizards after the Summer League?  If not, then you probably weren’t aware that he’s been bouncing around China and and on Sunday he was bounced out of a game after throwing a punch and starting a brawl near the end of the 4th quarter between the Sichuan and Tianjin teams.

If it wasn’t bad enough for Tianjin’s Liu Wei, who Orton was trying to punch (in the leg?), and Shang Pin, who Orton wrestled with in the crowd, an enthusiastic fan in the crowd was actually trying to hit Shang with a bottle.

Once the smoke cleared, Orton, his teammate Xu Tao, Shang Pin and Wei were all ejected. No word yet on what the repercussions are but supposedly Liu Wei might have to sit out the rest of the season because on an ankle injury (seriously?).

The irony of this brawl is Orton was Metta World Peace’s replacement for Sichuan.

Bonus Video: Here’s Orton’s only double double in the NBA