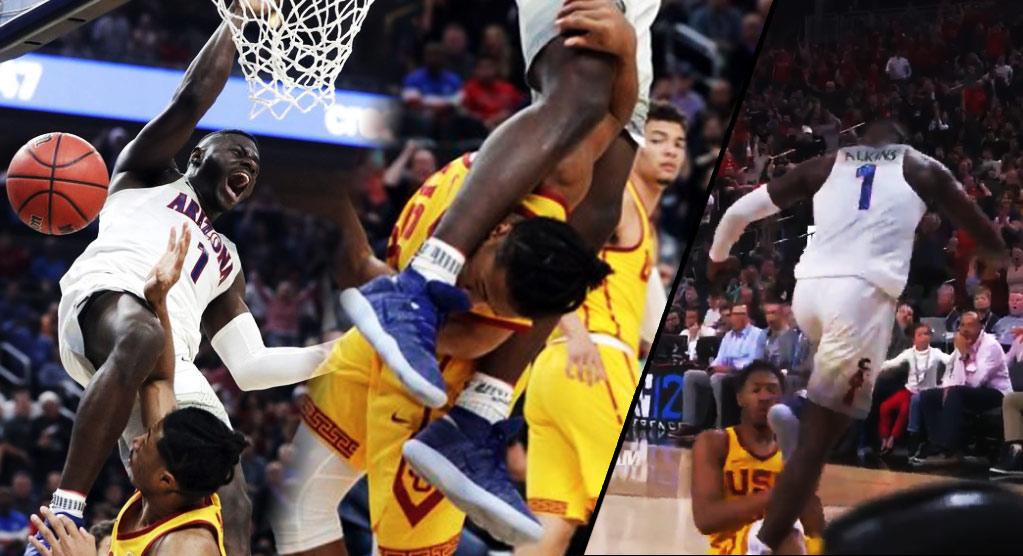 Deandre Ayton On Rawle Alkins Best Dunk Ever: “He Needs To Go To Jail For That.”

“He should go to jail for that.” Said future No. 1 NBA draft pick Deandre Ayton about teammate King Rawle Alkins after Alkins posterized USC guard Elijah Stewart on Saturday. “There’s no way somebody should get away with that…I’ve never seen a dunk like that. That was some 2K animation type stuff.

Nobody expected him to do this. I don’t even do that. I just dunk it and get back on defense. But he did that.”

Not only did he “murder” Stewart, who fell to the floor after getting dunked on, Alkins stepped over Stewart the way Iverson did Lue and Pippen did Ewing on their entries for “Most disrespectful basketball plays ever.”

Most versions of the highlight (like the one above) will cut to Ayton and Alkins screaming in celebration after the dunk but here’s a clip showing Alkins stepping over the corpse.

The clip was posted to the Arizona Wildcat’s twitter account with the caption: “No caption needed on this one.”

After the game, Rawle asked a few of his teammates if they thought this dunk was better than his reverse against Oregon State back in January. His teammates and I agree, the momentum changing poster against USC was better.