There’s been a lot of gossip and controversy over the hiring of George Karl and if DeMarcus Cousins wants to play with Karl but in Karl’s coaching debut with the Kings, Cousins went off for 31 points and 15 rebounds. Boogie also had the play of the night when he went coast-to-coast and then posterized Jae Crowder.

The only negative I can mention about the game for Kings fans was Cousins’ 9 turnovers  in the up-tempo style Karl’s pushing.

“We won a game where we didn’t play very well,” Karl said. “We’ve got to get better and I’ve got to get back in the saddle and coach better, too. Rudy and DeMarcus were very strong for us. Andre (Miller) gave us kind of an assistant coach on the court because I don’t know what the heck I’m doing half the time, and he’s better at it than probably I am.” 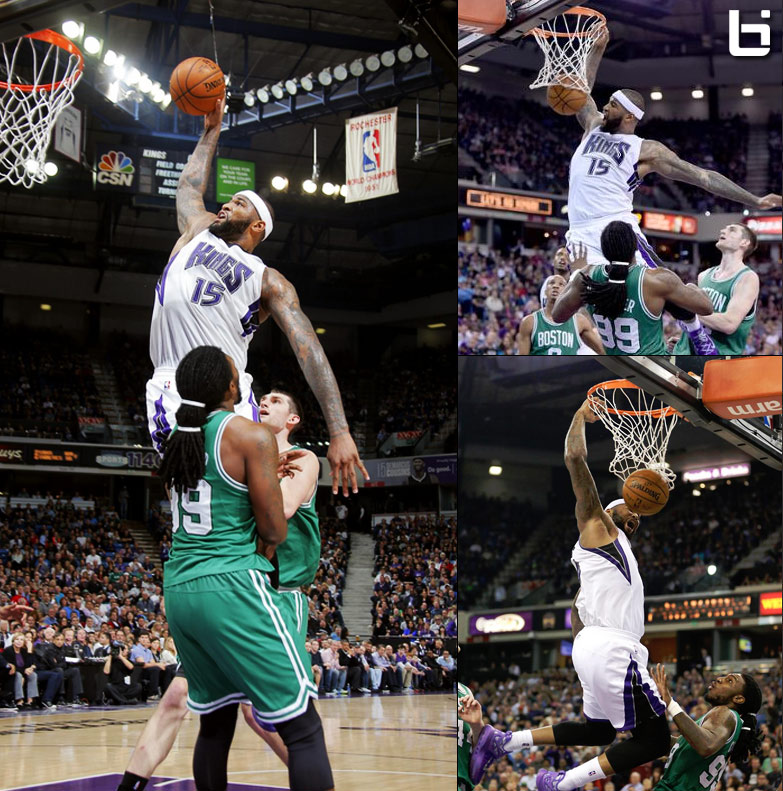