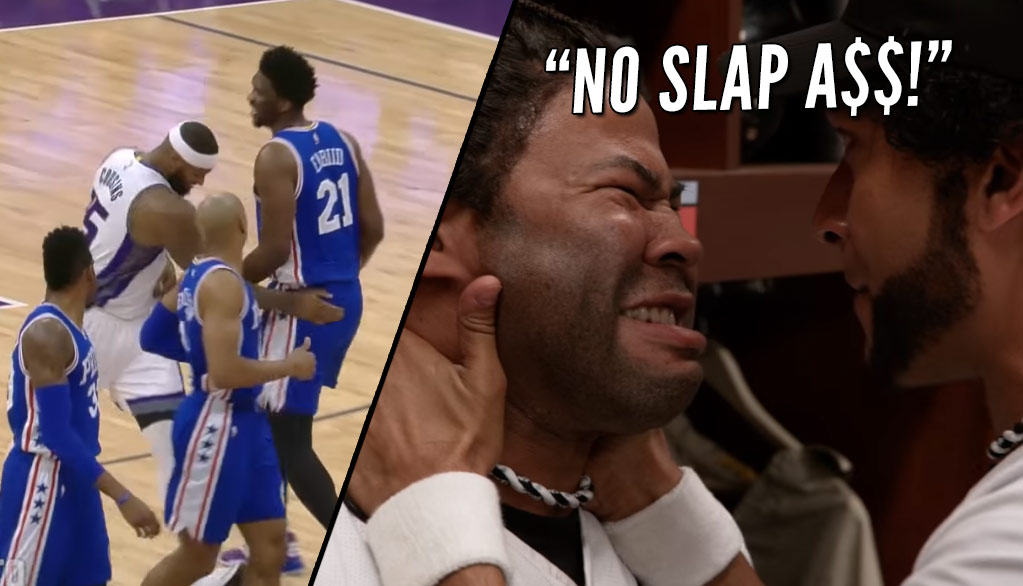 Early in the first quarter of the Kings and 76ers game, DeMarcus Cousins and Joel Embiid got into a friendly game of “slap ass” after Embiid ...(Read more)

Early in the first quarter of the Kings and 76ers game, DeMarcus Cousins and Joel Embiid got into a friendly game of “slap ass” after Embiid was called for travelling. Boogie landed the first slap, Embiid responded, Boogie struck again and then Embiid tried to get one more ass slap in before getting back on defense. Boogie responded by knocking down one of his two 3-pointers on the night.

Before we get to what the two centers did in the remaining game, I have to recommend this hilarious Key and Peele skit about the dangers of ass slapping and how ugly the addiction can become for athletes.

Back to the game, Embiid had a nice one with 25 points, 8 rebounds, 2 blocks, 2 steals (ignore the 8 turnovers) in just 29 minutes (when is this minutes restriction going to be lifted?). Boogie had 30 points, 7 rebounds, 5 assists, 3 steals and 2 blocks and the final slap of the game: down by two with four seconds in regulation, Boogie slapped a 3-point attempt by Embiid.