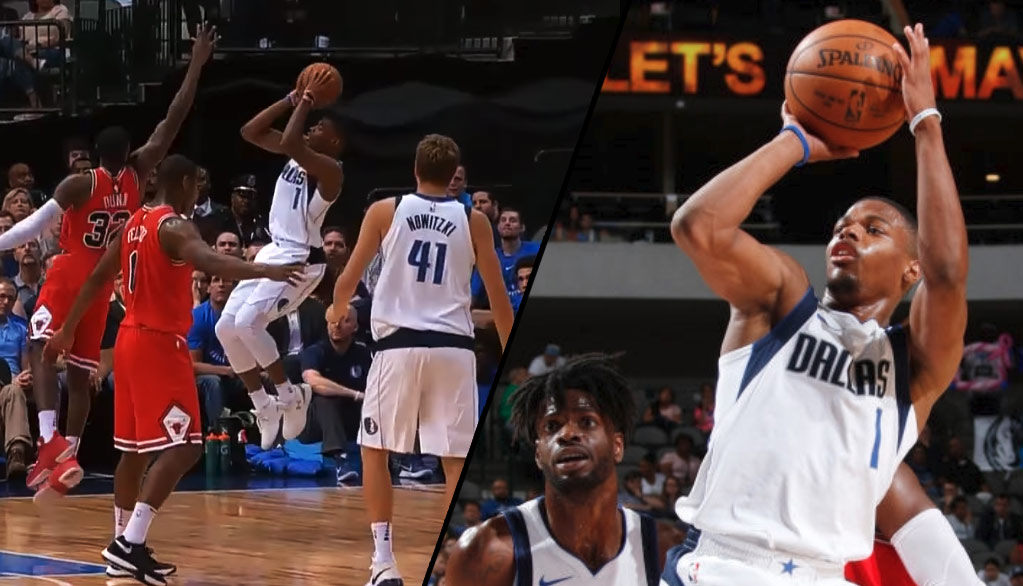 Mavs rookie Dennis Smith Jr might be getting a lot of attention for his dunk contest worthy dunks — just watch his pregame routine — but ...(Read more)

Mavs rookie Dennis Smith Jr might be getting a lot of attention for his dunk contest worthy dunks — just watch his pregame routine — but the player NBA GMs recently voted as “Biggest Draft Steal (the Knicks should have taken him)” has a complete offensive game with a deadly mid and three-point range shot.

On Wednesday, Smith showed off his shot by knocking down an assortment of tough jumpers — including two from downtown — on his way to 14 points in 18 minutes. He also had three assists, 2 boards, 2 steals and 1 great sequence of hustle (2:11 in the above video) in the Mavs 118-71 beatdown on the Bulls.

If you came here just for dunks, here’s our mixtape of him destroying high school kids back when he was tweeting about “slangin wood.”