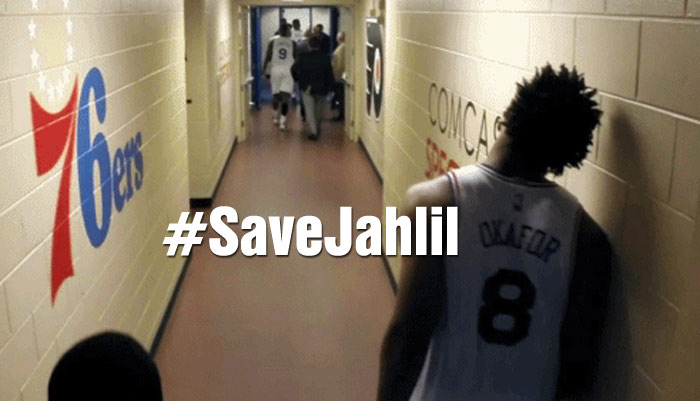 As soon as I hear Sarah McLachlan’s voice or see the face of a sad puppy with her music in the background, I have to fight ...(Read more)

As soon as I hear Sarah McLachlan’s voice or see the face of a sad puppy with her music in the background, I have to fight back tears. Then after about 10 seconds of depressing images and thoughts, I’ll reach for the remote and change the channel to the funniest thing I can find.

Another group of people who cry when they look at this years 76ers are Duke fans that hate seeing Jahlil Okafor put up great numbers for a team that was lucky to draft him. Those Dukies are so bothered by what they are seeing in Philly, they (@DukeNBA) even created a PSA called #SaveJahlil…and of course they used Sarah McLachlan’s music.

Here’s an amusing throwback video with Dwight Howard and Sarah’s sad-ass music about “saving the center.”  If this video was made today, Jahlil would be a better candidate than Dwight to be the spokesman.

If you are loyal 76ers fan – that didn’t enjoy the PSA – then you might enjoy the following interview with Okafor as well as these stats.