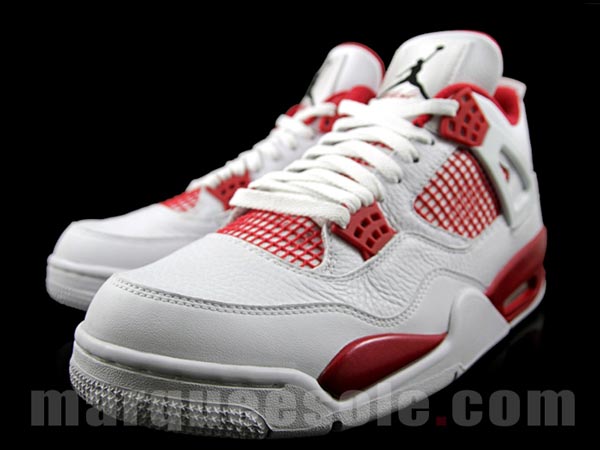 Jordan Brand is kicking off the year with a pair of ‘Alternate 89’ retro IV’s.  the ‘Alternate’ collection will feature three kicks in alternate colorways that could’ve been worn throughout MJ’s career with the Bulls but never did.  So think of it as a “What if” series.  The series will feature the 2’s, 4’s, & 5’s.

The first of the ‘Alternate’ collection taht will be dropped is the AJIV.  Featured in a fuller upper white leather with hints of red throughout.  Details such as “Alternate” is printed on the interior portion of the heel tab.  Minor hints of black are detailed throughout the sneaker, mainly on the tongue where a jumpman logo can be found embroidered in black. 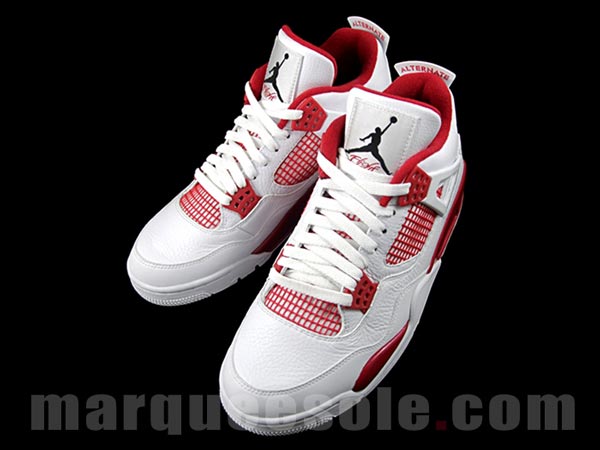 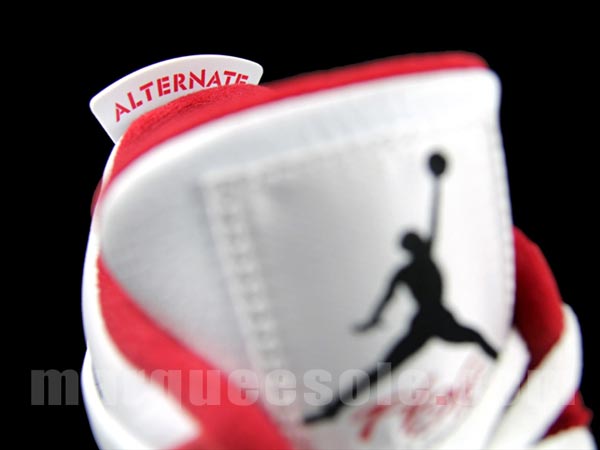 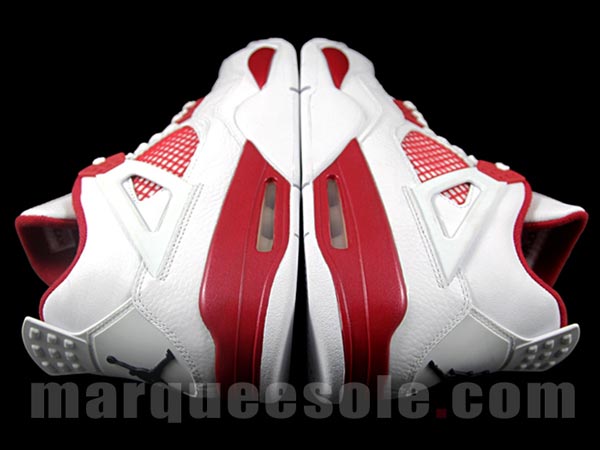 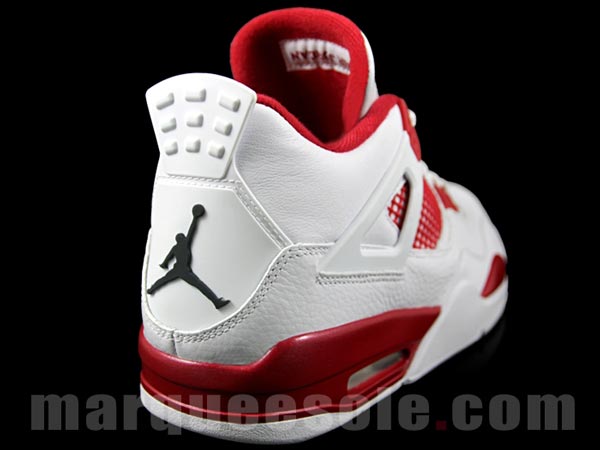 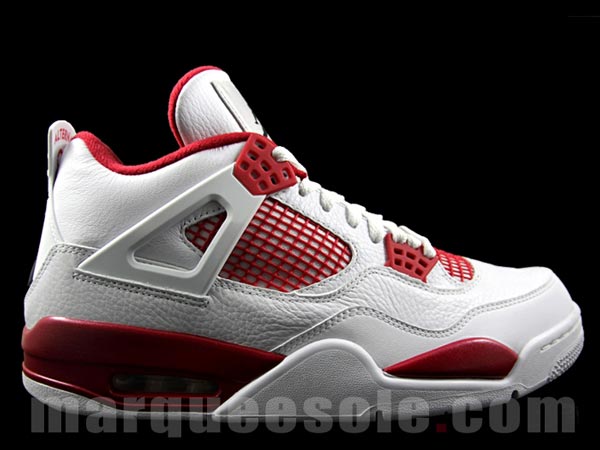