On the surface, it’s just LeBron James enjoying some music by Meek Mill. This is nothing new because LeBron has been posting videos of him rapping Meek Mill songs for years. But, as evident by LeBron’s choice of T-Shirts in the playoffs, he’s a master at subtle shots and this IG video snippet with the lyrics, “Niggas say they with you when they really not, niggas plot on everything you got,” came after the news of Kyrie Irving wanting out of Cleveland.

If you think these shirts were references to the Warriors and Celtics then you will probably think the video was a shot at Irving. 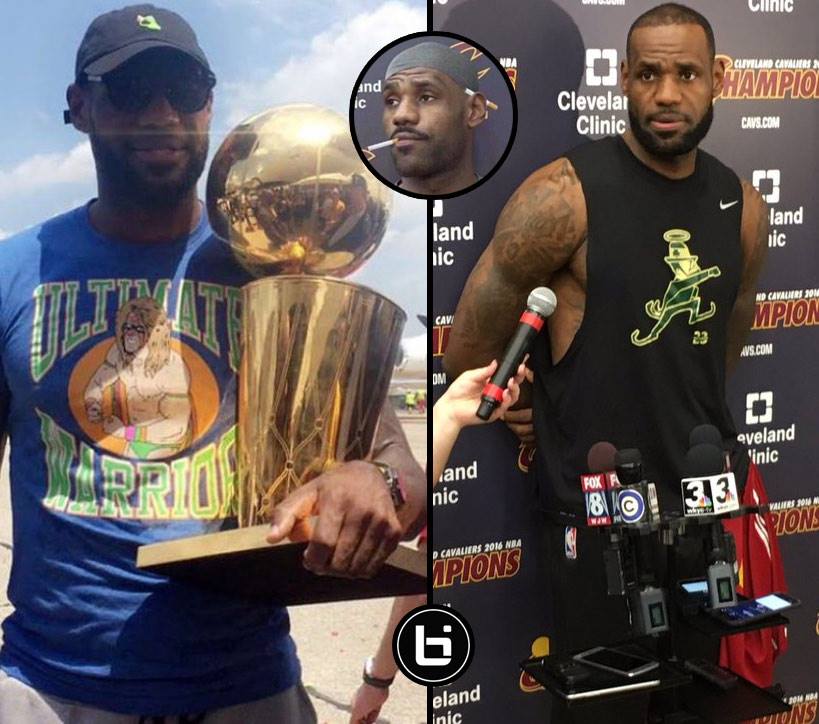 And if you believe LeBron was trolling Lonzo Ball (after he and LaVar had some words in the media) in the following video then you will probably think the above video was a shot at Irving.

According to ESPN’s Brian Windhorst, LeBron was “blindsided and disappointed” with the news of our favorite Uncle wanting to break-up with the Cavs. In his story about the trade request, Windhorst brought up a very interesting quote from Irving about playing with LeBron.

“Having just a tremendously great player like that come to your team, and you see yourself being one of those great players eventually, and then he ends up joining it, and then now you have to almost take a step back and observe,” Irving said. “Finding that balance is one of the toughest things to do because you have so much belief and confidence in yourself. … Selfishly, I always wanted to just show everyone in the whole entire world exactly who I was every single time.”