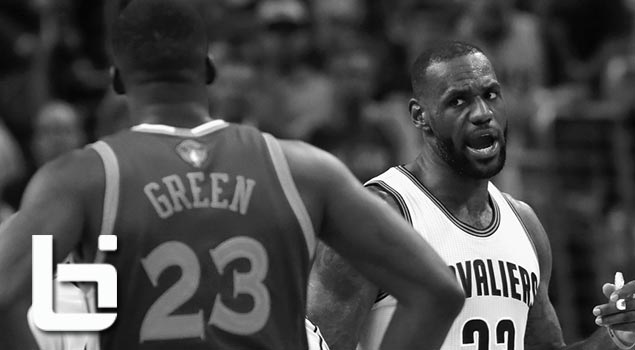 Did the NBA Suspend Draymond Green to Prolong the Finals?

Former NBA league official Tim Donaghy has 13 years of experience of officiating NBA games. A total of 772 regular season games and 20 playoff games before being let go due to his involvement in a gambling scheme back in ’07 which required the league to take action & force him out of his position.

With that type of experience & years of officiating games, I’d take Donaghy’s word that the NBA works indirectly with teams to better their chances when trailing in a best of 7 series. Why, you may ask? Because he actually worked with the NBA as an official referee & I didn’t… nor will I ever, simple as that. In the video above, Donaghy makes a valid point that when the Warriors were trailing the Thunder in the WCF, the league did not suspend Green for his unintentional tae kwon shit kick to Adams’ boys below the belt.  Was the decision not to suspend Draymond made to increase the Warriors’ chances at making a comeback in the series?  And to add another remarkable chapter to their already historic season?  Maybe.  And when Draymond “swung” at LeBron’s sweet gems after LeBron attempted to step over Dray (which was a punk move by LeBron, you’re not Iverson) they decided to suspend Green for game 5 which of course resulted in a Warriors loss.  That right there definitely increased the Cavs’ chance at winning the title & prolonged the series. Regardless this will result with either the Warriors taking home the trophy on the Cavs’ home court (again) or my absolute favorite thing in sports… Game 7.

What’re your thoughts? Do you think the NBA is working indirectly with teams to prolong series’ to “assist” teams that are trailing in a post season matchup? Or is the league just doing the best they can at making the right call? Sound off in the comment section below.