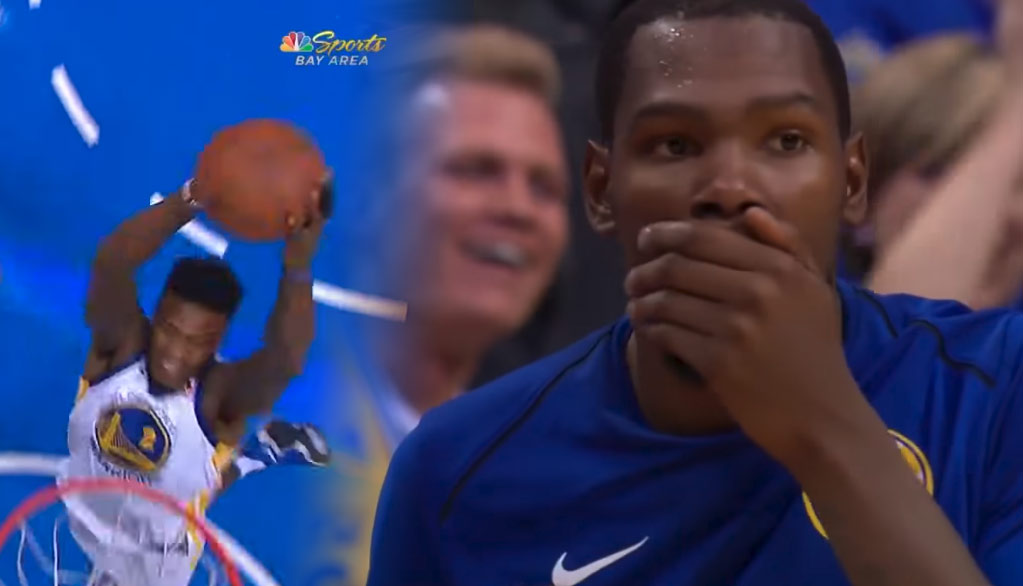 I’m as old school as you can get and full of that “get off my lawn” mentality. If I came up with a list of things ...(Read more)

Up by 25 against the Mavs with a couple of minutes left in regulation, Warriors rookie (and former Ballislife All-American) Jordan Bell blocked a shot by Dwight Powell, dribbled down court and then threw himself a T-Mac style, off-the-backboard alley-oop. The dunk had Steph Curry looking like he was celebrating a touchdown and Kevin Durant looking like he just realized he tweeted from his burner account again. 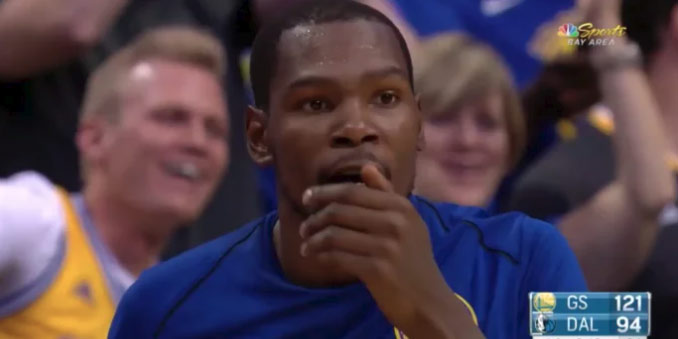 Steve Kerr wasn’t too pleased with the showboat dunk and reportedly tried to apologize to a saltier than McDonalds french fries Rick Carlisle, who didn’t want to hear it and later said they have “bigger fish to fry” than to worry about a dunk. After the game, Kerr talked about the old vs new school mentality and said he talked to Bell about the dunk.

“It caught me off guard,” Said Kerr. “He’s just having fun out there. The main thing he needs to understand is that that’s going to offend some people.”

One of those people wasn’t Draymond Green.

“I don’t care if you get out there with two minutes to go up 25 or two minutes to go, down 25, somebody is evaluating you.” Green replied. “You want to throw it off the backboard? Feel free and dunk the ball. He got an and 1. It’s a great play. Do what you do. Play basketball. That’s what he did. I don’t get all up into the whole, ‘Ah man, they’re winning by this much that’s bad sports.’ Says who? Dunk the ball. What was the difference if he threw it off the backboard and dunked it as opposed to just grabbing it and dunking it? It’s a dunk. So no, I don’t get all up into that. Great play. Great play. Amazing. Did you see it?”

Green’s only beef with the play was Bell missing the free throw.

Draymond’s mom, Barbers Green, even took to Twitter to defend her son’s teammate: “Are we complaining about a rookie SHOWBOATING that gets limited minutes? I’m sure he was told Make EVERY MINUTE COUNT! #SHOWBOATJORDAN”

When asked about all the hoopla, Bell said he was surprised at the backlash and Durant chimed in with a “Don’t let them make you feel guilty, JB.”

39-year-old Dirk Nowitzki was also asked about the dunk and if it deserved any old school justice.

“Yeah, in old school ball, maybe,” Nowitzki said. “But it’s 2018 almost. That (play) was a bit much. But that’s just a rookie being a little excited.”

At least he didn’t break the rim with a showboat windmill like he did in this game we recorded back in 2012.

For the easily offended, here’s a video of Evan Turner “showing good sportsmanship” by apologizing to the Lakers for throwing down a 360 dunk at the buzzer.