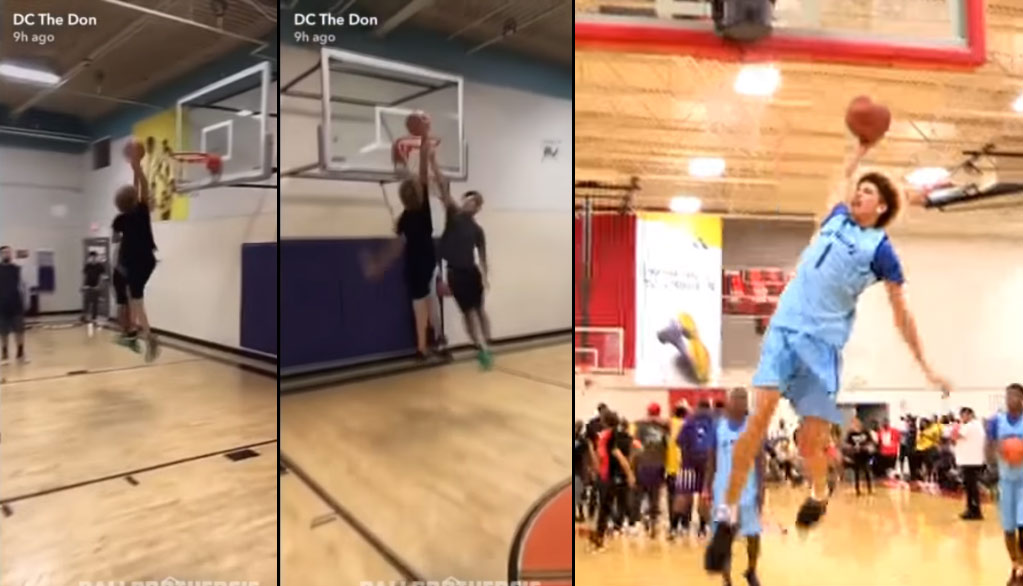 It’s a good thing LaMelo Ball has Steph Curry range on his shot. Even though Melo is just as tall as the 6’3 vertically challenged Curry, ...(Read more)

Does LaMelo Ball Have Hops?

It’s a good thing LaMelo Ball has Steph Curry range on his shot. Even though Melo is just as tall as the 6’3 vertically challenged Curry, his hops makes the Warrior guard look like a prime Vince Carter.

Granted, Melo is just 15-years old, he threw down his first game dunk just a few weeks ago and is still growing. Considering Shaq couldn’t dunk when he was a 6’8 14-year old, high-flying DeMar DeRozan said he couldn’t dunk until he was 16 and dunk GOAT Vince Carter’s first game dunk came when  he was 15, there’s still a chance Melo could turn out to be a “dunker.” There’s still a chance we will be making future mixtapes with titles like “LaMelo Ball scores 50, posterizes defender!” But, it’s more likely — even when dunking becomes a part of his offensive repertoire — we will just be mentioning how many threes he knocked down on his way to another 40+ point performance.

So until then, enjoy Melo trying to dunk on his friends and the evolution of his hops over the past year.