Steph Curry was back for the Warriors but only played 14 minutes before re-injuring his shin.  This meant Draymond Green would have to step up big again and he responded by putting up another triple double.

Green finished with 29 points, 17 rebounds and 14 assists. It’s his 2nd triple-double in a row and (NBA leading) 6th of the season.

If those apples weren’t impressive enough, he caught fire in the first quarter with 4 3-pointers in the first 4 minutes of the game. 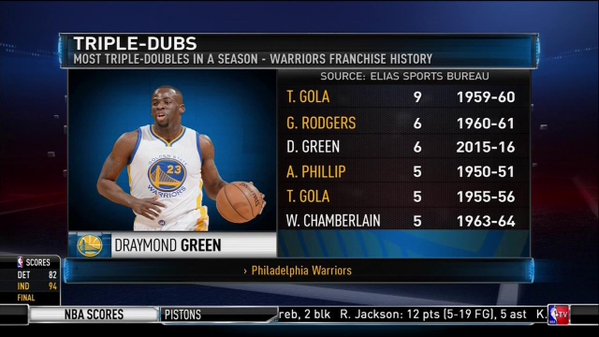