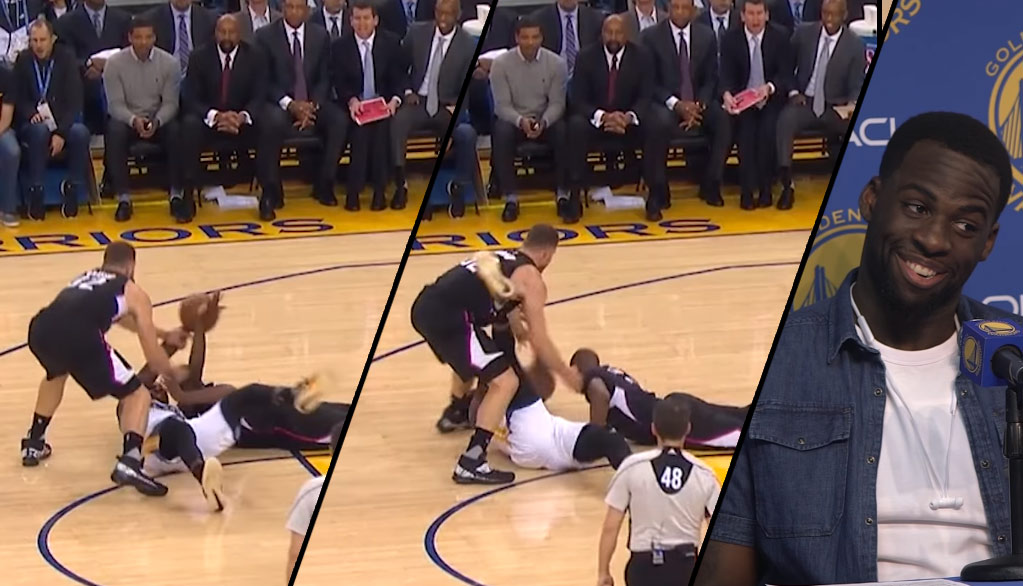 Just a natural body reaction right? While fighting for a loose ball near the end of the first quarter against the Clippers on Thursday, Draymond Green’s ...(Read more)

While fighting for a loose ball near the end of the first quarter against the Clippers on Thursday, Draymond Green’s uncontrollable leg went flying up at Blake Griffin.

The refs didn’t catch the kick but did whistle Green for a tech in the 3rd quarter, which led to an emotional Green getting into an argument with his own coach. As expected, both Steve Kerr and Green laughed off the incident during the postgame interviews.

“We got into a shouting match?” Asked Green. “I don’t even remember (Kerr) saying anything to me. Oh, he said, ‘I know.'”

And according to Green, he was a given a tech for just saying, “how?” The same thing I ask every single time I see his leg kick someone and when I heard the Warriors scored 50 points in the 3rd quarter against the Clippers.

Back to the kicking incident, if you enjoy watching Draymond “unintentionally” kick people,  then you might love playing this video game called ‘Draymond Green’s Shut Up and Slam Jam Karate Basketball.’