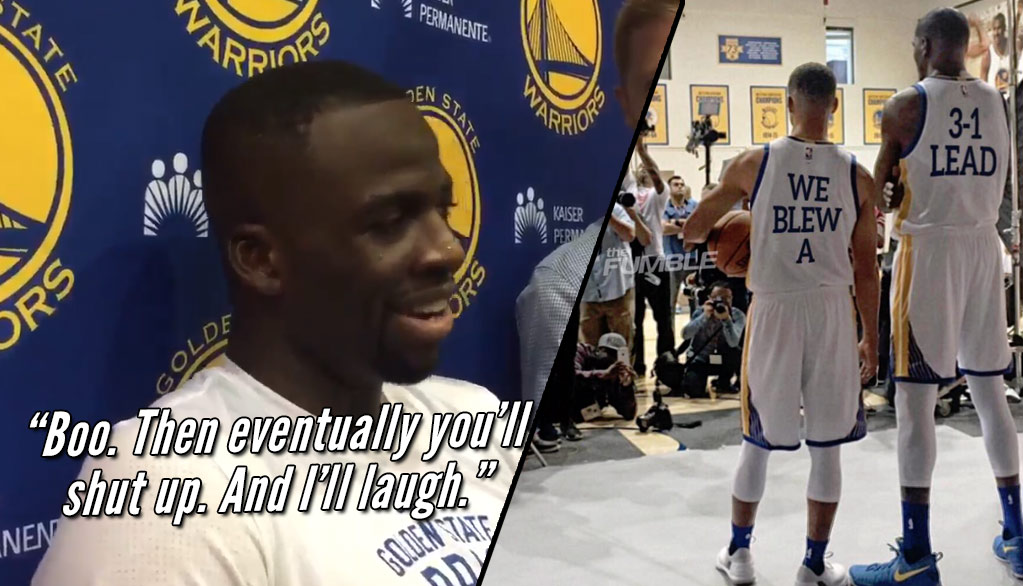 Damn! A year ago at this time, the defending champs could do wrong in the eyes of the basketball world. After a near-perfect season ending in ...(Read more)

Draymond Green On The Warriors Being Villains: “Boo, Then Eventually You’ll Shut Up. And I’ll Laugh” 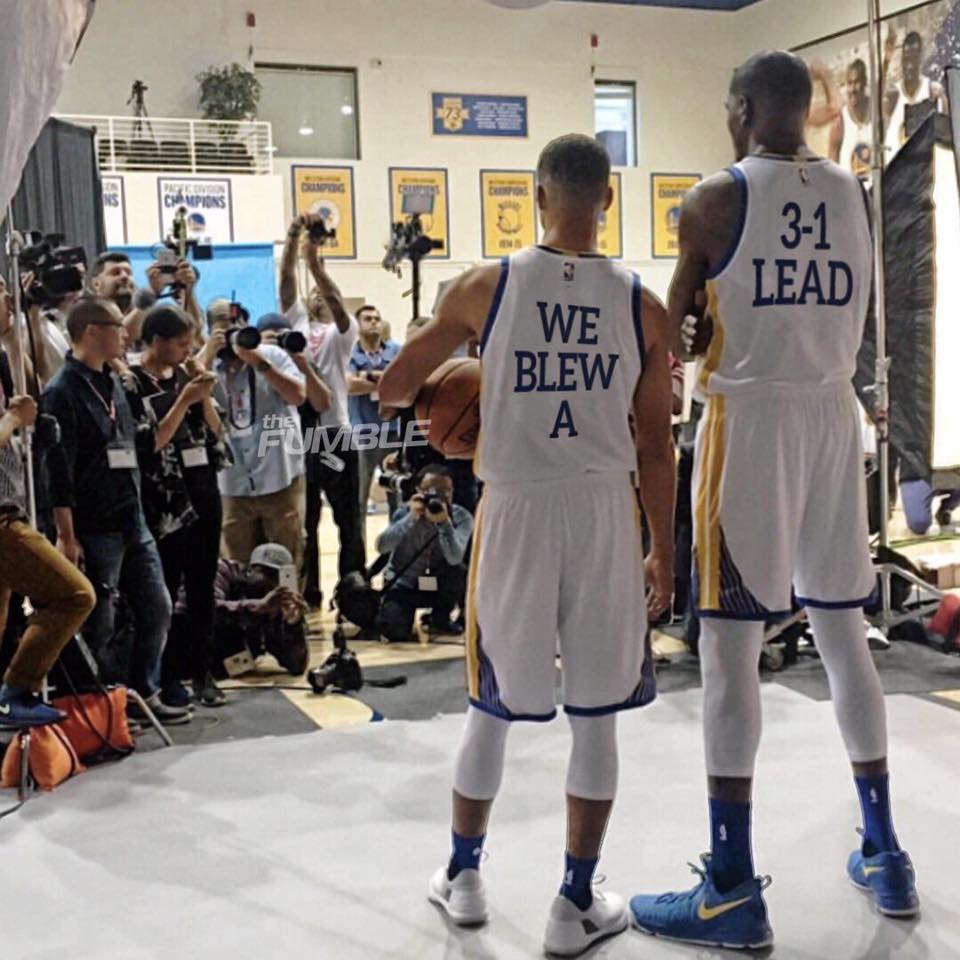 A year ago at this time, the defending champs could do wrong in the eyes of the basketball world. After a near-perfect season ending in a Finals collapse and the acquisition of Kevin Durant, the Warriors are now one of the most hated teams in the league. And nobody knows this better and could care any less than Draymond Green.  The always quotable, d**k kicking, d**k showing All-Star, Gold Medalist and heart of the team, spoke to the media on Wednesday about the new hate and the Warriors being viewed as superheros turned villains.

We’re not going to go out and say we are embracing this villain thing and it’s great. Who cares what somebody is trying to make us out to be. We’re trying to win basketball games. If they want to make us the villain then that’s fine. They’re gonna boo us anyway everywhere we go, so that’s fine. The most fun I have in this game, is going on another team’s floor and quieting their crowd anyway. So, boo. Then eventually you’ll shut up. And I’ll laugh. We’ll laugh. And we’ll keep it moving.”