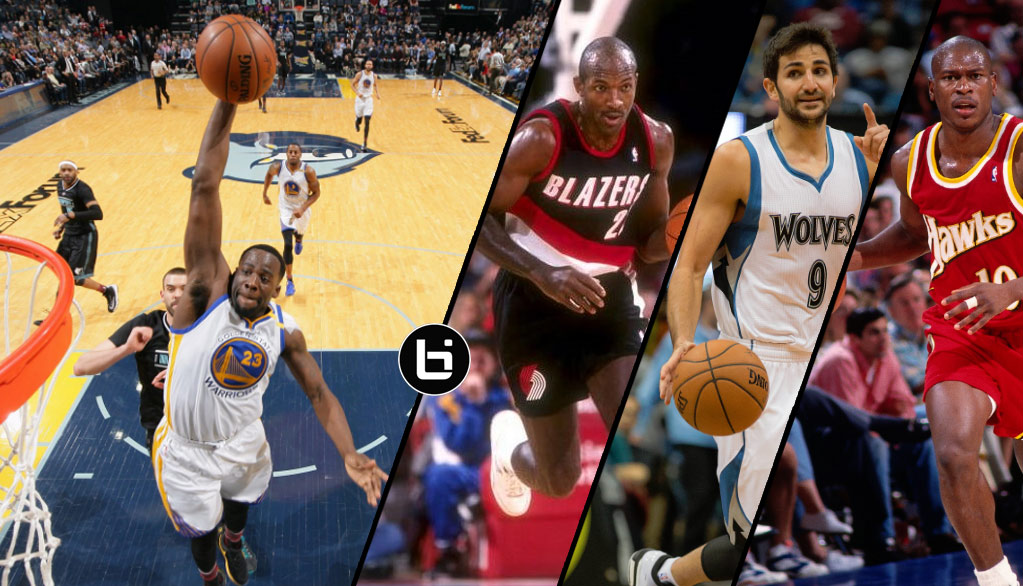 I used to get mad at shot-blockers Mark Eaton and the late Manute Bol for missing triple-doubles because of points. On Friday night, I got mad ...(Read more)

I used to get mad at shot-blockers Mark Eaton and the late Manute Bol for missing triple-doubles because of points. On Friday night, I got mad in a similar way with Draymond Green because he missed the opportunity to become the fifth player (since blocks and stats were official stats in 1973) to record a quadruple-double…because of points! Green was six points shy of the rare feat and finished with a very roto friendly line of 4 points, 12 rebounds, 10 assists, 10 steals and 5 blocks in a statement/revenge win against the Grizzlies.

If Green would have pulled off a quadruple-double, he would have joined Alvin “A$$hole” Robertson as the only players to record a quadruple with steals. Or should I say, first official one since Clyde Drexler was robbed of one in 1996 when the league took away one of his assists. So, in honor of Draymond’s flirting with the rare feat and Drexler getting robbed, here’s 10 times a player almost had a quadruple-double with steals.

Click here to read about the history of the quadruple-double and the ones you don’t know about. Scroll down to watch some throwback vids of the games mentioned above.