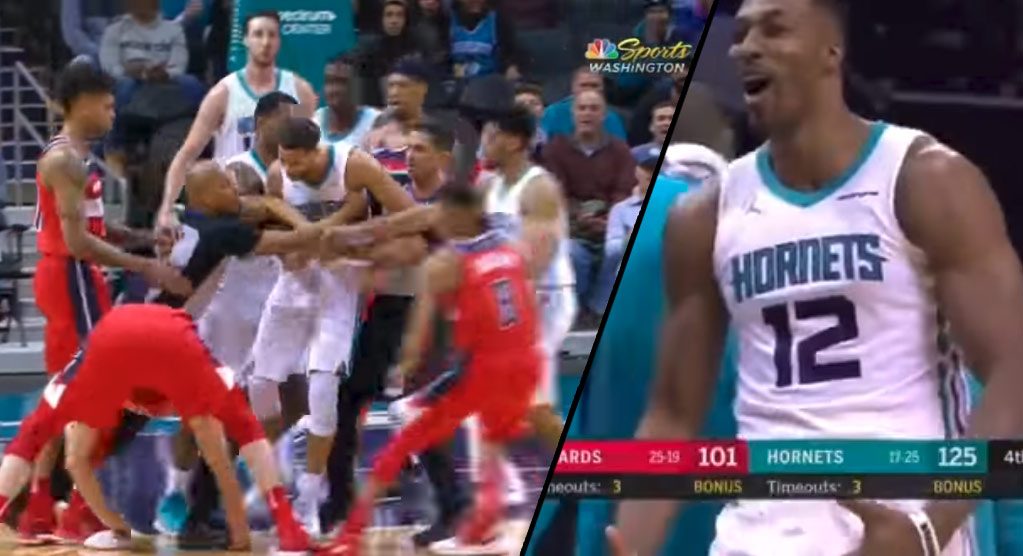 What’s worse than getting beat 133-109 by the Hornets? How about letting them score a franchise-record 77 first half points?

What’s worse than that? How about getting ejected during the blowout loss?

With four minutes remaining in the game, the Wizards’ Tim Frazier was ejected after a scuffle with the Hornets’ Michael Carter-Williams (also ejected) that started when the Wizards’ Jason Smith fouled Williams.

Because of the (silly) ejections, Wizards coach Scott Brooks was allowed to pick any Hornets player he wanted to shoot the free throws. As expected, he picked 52% free throw shooter Dwight Howard, who calmly knocked down both, smiled at the roaring crowd and did the Big Balls Dance (that usually results in a $15,000 fine) on his way to the bench.

I’m not sure there’s a worse salt on a wound than that. Actually, having Dwight Howard grab your balls is worse than watching him grab his.