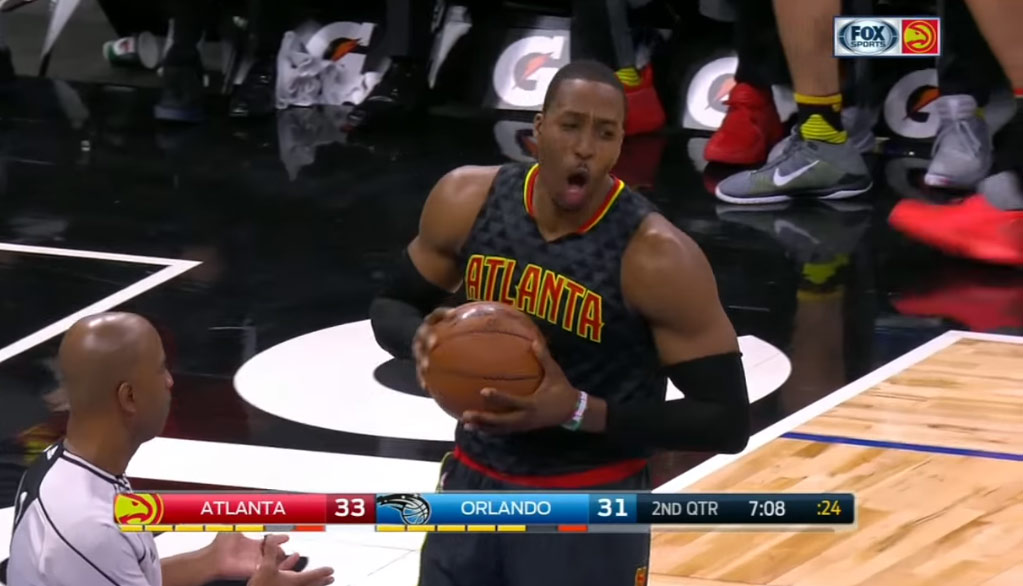 It’s been almost five years since the Orlando Magic divorced Dwight Howard and sent him to LA to piss off Kobe Bryant but some Floridians still ...(Read more)

It’s been almost five years since the Orlando Magic divorced Dwight Howard and sent him to LA to piss off Kobe Bryant but some Floridians still seem to be sour about the way Howard acted when he left. During the Magic and Hawks game on Wednesday, fans booed Howard as he touched the ball, causing Howard to jokingly boo himself before smiling.

Howard also got the last laugh with a 111-92 victory and a double-double of 13 points, 12 rebounds and a perfect 3 of 3 from the free-throw line.

If you want a real laugh, let’s revisit the time Stan Van Gundy talked about Howard’s BS and desire to get him fired right before Howard bombs the interview and gives SVG a hug.

For those who rather remember the good things Howard did during his time in the Magic Kingdom  – All-NBA appearances, 3 x NBA defensive player of the year, dunk championship, NBA finals appearance – here’s a nice countdown for you.