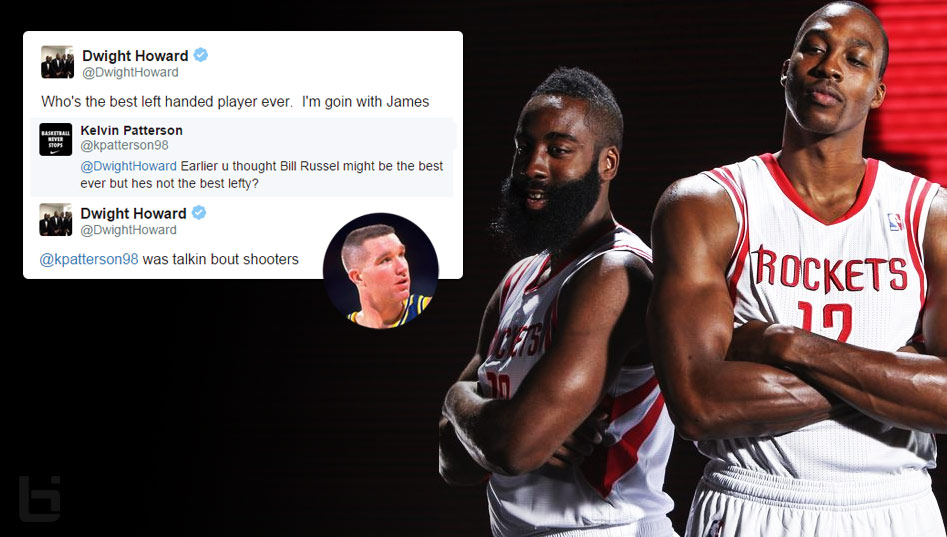 As if you didn’t know, people on Twitter (or any social network) can be really harsh and real quick at the trigger to try to kill ...(Read more)

As if you didn’t know, people on Twitter (or any social network) can be really harsh and real quick at the trigger to try to kill someone over a tweet that probably not much thought went into.  On Monday, Dwight Howard was having some fun on Twitter by posting questions to his fans like “after MJ and Kobe who’s the 3rd best SG” and “so who is the real GOAT. Kareem, Jordan or Bill Russell.”  Then he tweeted out “Who’s the best left handed player ever. I’m going with James (Harden).”

His answer caused a lot of people to overreact while screaming history lessons and praise for 11 rings Bill Russell – who Howard had in his GOAT argument. A few others replied with former NBA MVP & Champion David Robinson – who I believe is one of the most underrated centers of all-time now.

When one user asked him about Russell, Dwight replied he was just talking about shooters when he said James and if that’s the case then I would understand why he would have Harden over Russell and Robinson. But if we are talking about shooters, I’m going to have to go with Chris Mullin as the best  lefty shooter ever.

And I have to show some love for the most clutch lefty ever – Nick “The Quick” Van Exel.

Just in case you were wondering about NBA greats who were lefties, here’s a list of the some of the remaining best.