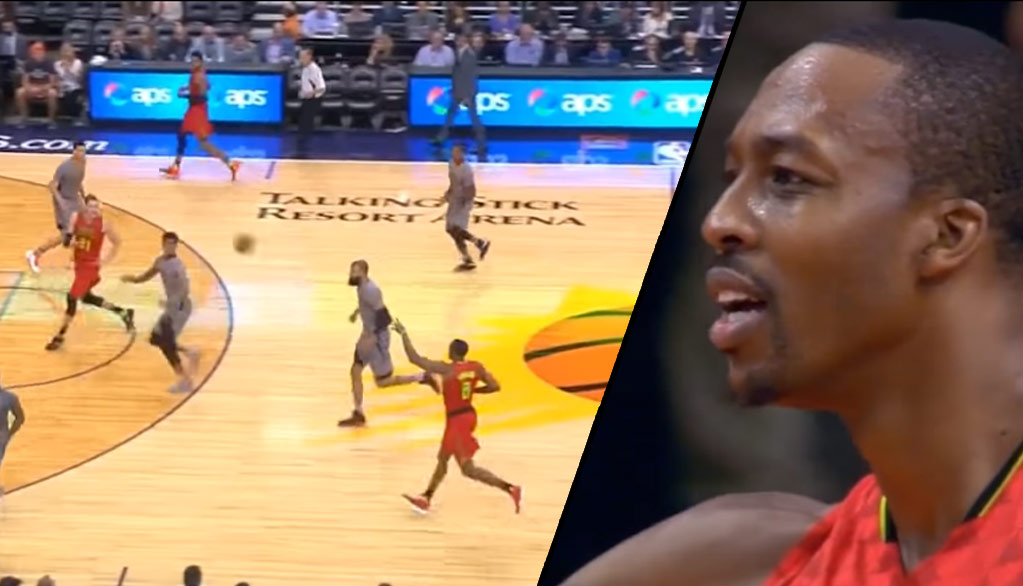 This is a guarantee selection on the next Shaqtin’ A Fool. There’s just no way the President of the Dwight Howard Hate Club will be able ...(Read more)

This is a guarantee selection on the next Shaqtin’ A Fool. There’s just no way the President of the Dwight Howard Hate Club will be able to pass up this clip of Howard trying to play point guard, making a bad pass and then looking at his teammate like he did something wrong. If that’s not bad enough, Howard recently said on The Doug Gottlieb Show he wouldn’t mind taking his game to the three-point line.

“I do want to shoot some 3s, I think that it would just expand everything for myself and for this team. But right now this team needs me to dominate the paint.”

Considering he’s 5 of 54 from 3 for his career and was 0 for 6 last season, I don’t think any opposing teams are opposed to him trying to “expand everything.”

Back to the game, besides the fail at playing point guard, he did do a pretty good job of dominating the paint against the Suns, racking up 17 points on 8 of 10 shooting to go with a game-high 14 rebounds. But, he also had a game-high six turnovers and the Hawks did lose to the not-so-great Suns by two.