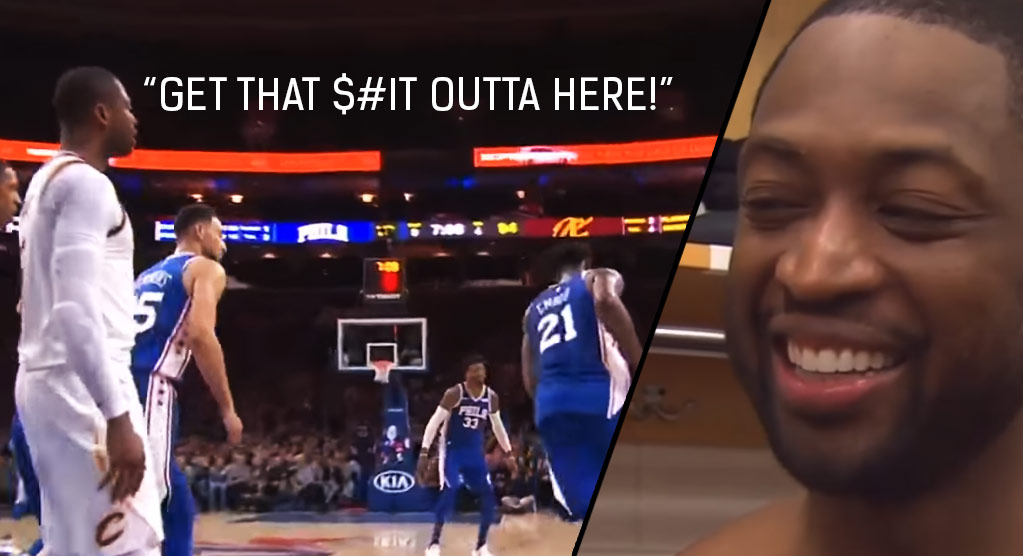 “Get that shit outta here!” If Joel Embiid wasn’t aware that Dwyane Wade is the best shot blocking guard of all-time, he learned on this day. ...(Read more)

“Get that shit outta here!”

If Joel Embiid wasn’t aware that Dwyane Wade is the best shot blocking guard of all-time, he learned on this day. He then learned a few seconds later how fun it is to try to guard LeBron James 1-on-1.

After the game, Wade, who put up a nice line of 15 points, 5 assists and 2 blocks, was asked about the block. His smile lit up and he said, “It feels good. I don’t know how many times I’m going to get to play against him so I can say I got him. I got it done. Anytime I block a 7 foot guy it feels better than dunking on somebody. It’s amazing.”

So, is Wade the best shot blocking guard of all-time? You can argue Dennis Johnson or Michael Jordan have that title but for me, it’s Wade. In 2016, he became the all-time leader in blocks for players 6’4″ and under — passing Dennis Johnson. And there’s only been 13 instances of a guard blocking 80+ shots in a season: Wade has four of them, Michael Jordan has three and DJ & Vince Carter have two.

If you want to spend the next 10+ minutes watching Wade back up my statement by swatting superstars (and scrubs), then scroll past the postgame interview and his full game highlights vs the 76ers.