In 24 minutes against the Pistons on Saturday, Emmanuel Mudiay put up a donut on seven shot attempts. Less than 24 hours later, Mudiay caught fire and outscored the entire Celtics team 24-23 in the first quarter of Sunday’s game.

“One thing about this league that I’ve learned from last year is there’s always another game,” said Mudiay after the Nuggets 123-107 beat down on the Celtics. “You can’t think about the last one. You just grow and move on from it. That’s the main thing I was thinking about.”

Mudiay finished the game with a season-high 30 points, 8 rebounds and 2 assists; the 24 first quarter points was three more than his previous season-high in points and it’s also the NBA season-high for points in a quarter.

The Nuggets also had a 42-23 lead on the Celtics after the first quarter. 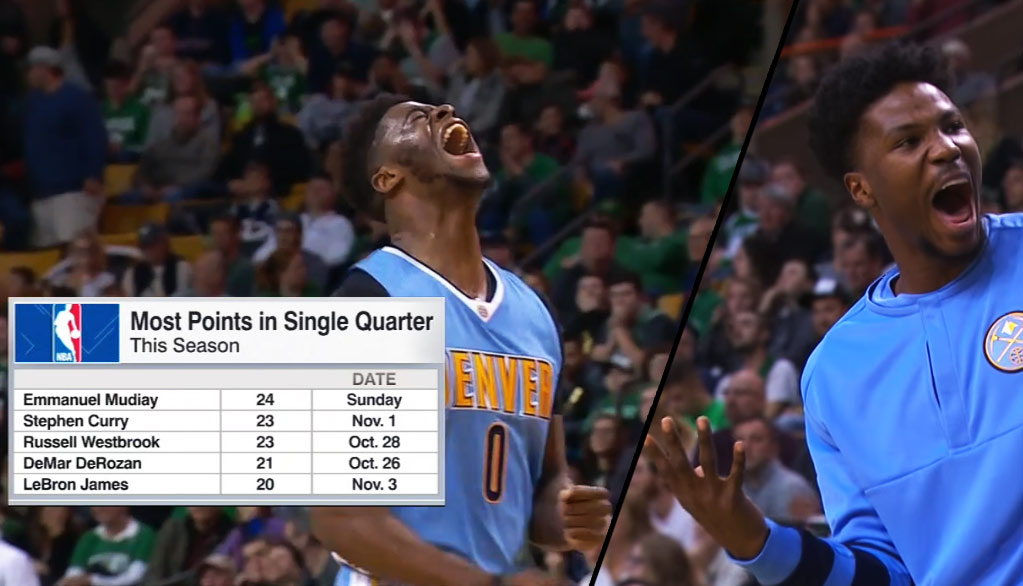