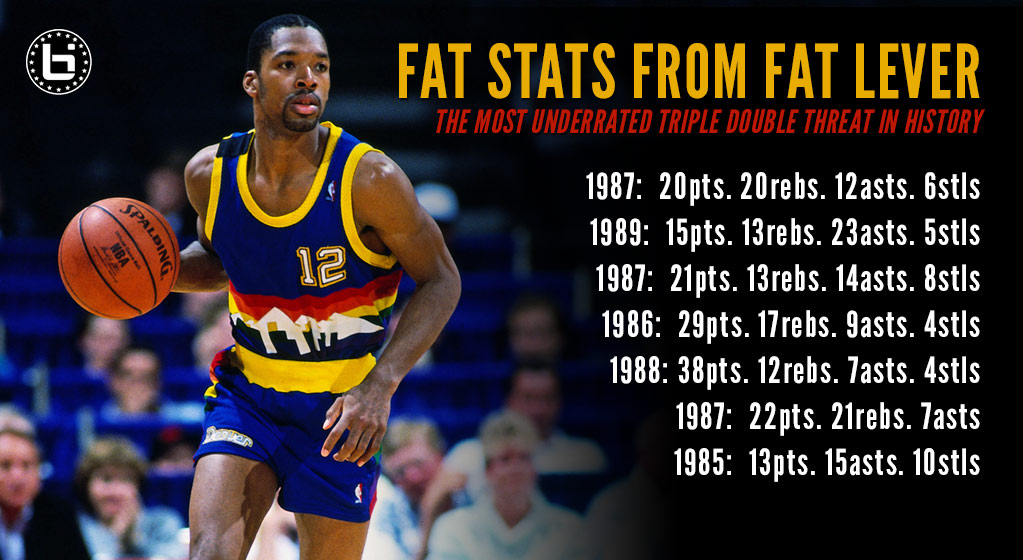 Fat Lever – the most underrated triple double threat in history

The odds are the name of the 2x All-Star hasn’t ever come out of your mouth but if you want to talk about underrated players in NBA history and triple-double threats, Fat should always be mentioned.  The 6’3 point guard averaged at least 19/8/8 for 3 consecutive seasons and often led his Nuggets in rebounding. When was the last time you heard about a point guard leading the team in rebounds? I’m not talking about barely breaking 10 either – Fat has had 20+ rebound games.

Just check out some of these fat stats from Fat.

Until earlier in the year when the Nuggets honored him at a half-time show with a painting.