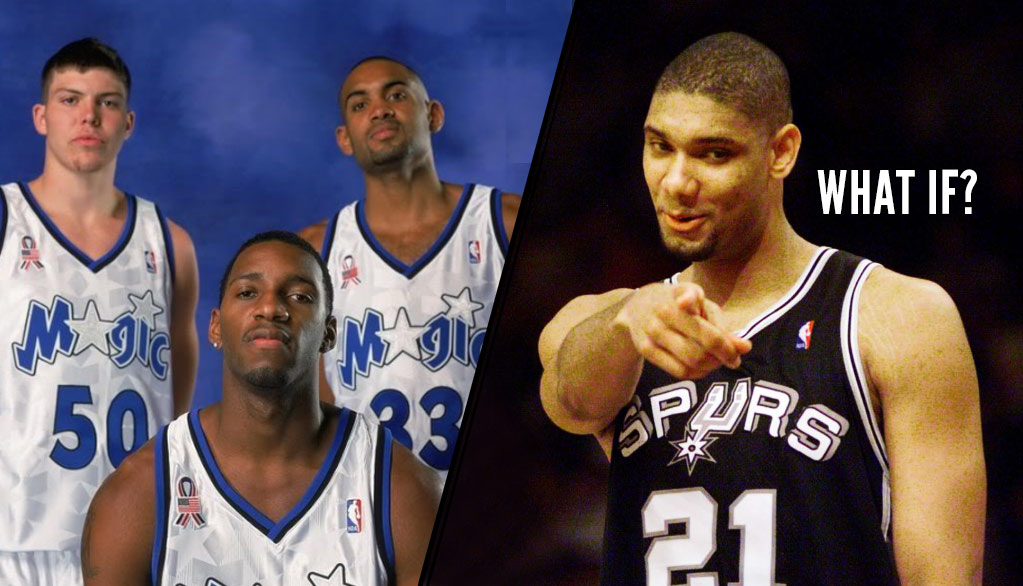 “It was probably a lot closer of a decision than people even think or even know,” Said Tim Duncan on the time he almost signed with ...(Read more)

“It was probably a lot closer of a decision than people even think or even know,” Said Tim Duncan on the time he almost signed with the Orlando Magic.

Flashback to 2000, when a “BIG 3” near Disney almost happened that would have changed the past decade and half of NBA basketball. Instant 20 & 10 NBA champion Tim Duncan was becoming a free agent after three great seasons in San Antonio and every team but the Lakers & Wolves were salivating and willing to give up their franchise players for him.

The Trailblazers — overflowing with big men like Rasheed Wallace & Jermaine O’Neal — was one of the teams rumored to have a shot at landing Duncan in a sign-and-trade if the Spurs absolutely had to make one. But the biggest threat to land Duncan was the Orlando Magic, with $18 million in cap space, the signings of Tracy McGrady and Grant Hill and drafting of future Rookie of the Year Mike Miller. With Tim Duncan in the middle, the Magic probably would have been instant NBA Finals material.

Luckily for San Antonio, Duncan decided not to leave Coach Pop and inked a 4-year, $45.9 million deal to become a Spur for life.

Looking back, this looks like the best decision the Spurs have ever made outside of tanking the season before drafting Duncan, who actually was considering staying in college longer to get a Masters degree.

When asked how many rings a Magic team with Duncan would have won, McGrady in 2010 replied, “Enough to where I would have been satisfied with my career.” Watch the following video to hear Grant Hill talk about how Doc Rivers screwed up a meeting with Duncan.