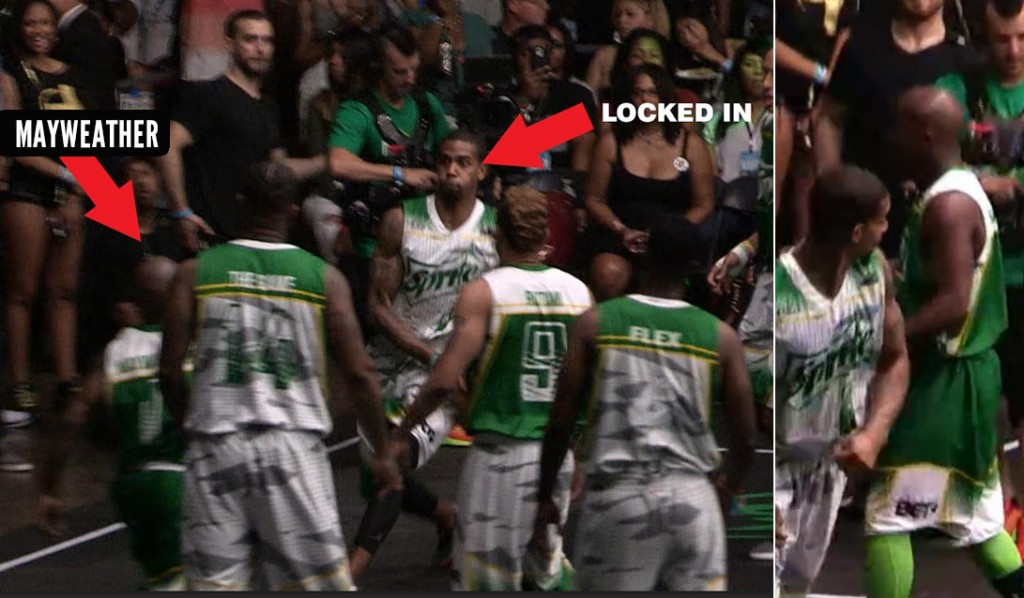 Snoop was there. The Game was there. Steph Curry’s favorite rapper was there. Desiigner and a bunch of hot women were there? But it was Floyd Mayweather and ...(Read more)

Floyd Mayweather Shows Out At BET Celeb Game, Gets “Dunked On” By Guy Dupuy

Snoop was there. The Game was there. Steph Curry’s favorite rapper was there. Desiigner and a bunch of hot women were there? But it was Floyd Mayweather and international dunk phenom Guy Dupuy aka Mr ESPN who stole the show at the Sprite/BETX celebrity basketball game on Saturday.

Money Mayweather was money on a bunch of his jumpers and Dupuy was his normal high-flying self: He had a between-the-legs dunk off the bounce in the middle of the game! He threw down a dunk over frequent dunk competitor Kenny Dobbs! He threw down a dunk over Mayweather and lived to tell about it! Well, it’s debatable if you can use “over/on/by” but Floyd was in front of the basket and looking up when Guy threw down one of his many dunks.

I wish I could give you some stats from the game but considering they didn’t have a shot-clock and out of nowhere the game would be put on a hold to continue an on-going dunk contest – shout out to Lipek for going to the BET dunk contest with a “White Men Can’t Jump” shirt and winning it – I have no clue how many points Mayweather had, how many shots Nick Cannon missed or how many times Doug Christie blocked Marcellus Wiley.

So let’s just enjoy some some more highlights, including Money Mayweather hitting a jumper over Dupuy.