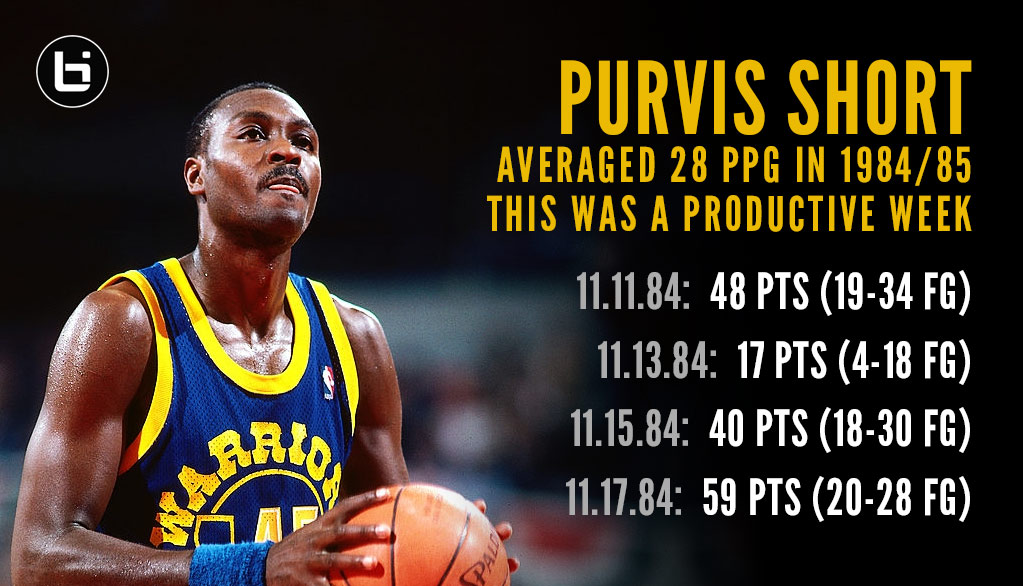 When you think of great scorers on the Golden State Warriors over the past few years, you think of Steph Curry, Klay Thompson and now Kevin ...(Read more)

When you think of great scorers on the Golden State Warriors over the past few years, you think of Steph Curry, Klay Thompson and now Kevin Durant.

Before the “Splash Brothers” era we had the “We Believe” Warriors with Baron Davis, Captain Jack and Monta Ellis putting up 20 a game.

Before them, we had Jason Richardson and Antawn Jamison.

When you think of the ’90s, you will think of the great but short-lived RUN TMC (Tim Hardaway, Mitch Richmond & Chris Mullin) and maybe Latrell Sprewell before he choked his coach.

When you think of early to mid-’80s, you might come up with a blank and there’s a reason for that: they weren’t worth remembering. With that said, here’s a name that should be mentioned more often and not just because the Warriors said it when they had a chance to say Larry Bird in the 1978 NBA Draft: Purvis Short.

Short was a sneaky scorer with one of the highest rainbow shots in league history. He was productive as a 6th Man with limited minutes but when he was unleashed in the mid-’80s, he became an elite scorer and was putting up 30 and 40-point games on a regular. The best of those scoring years was the 1984/85 season when he averaged 28 a game and had this crazy streak in a week.

So on the anniversary of his career-high 59 point performance (20-of-28 shooting!) against the Nets, here’s a look back at the Warrior who deserves to be name dropped in a few more conversations.