@tatted_onthe_lo with the RIDICULOUS bounce to himself for the slam! #dunkademics #dunk #sctop10

At Tuesday’s ACC Barnstormers event, the 6’4 high flyer took us back to Ben Wallace’s Pro Am during the Summer of 2012 when he threw himself an alley-oop pass with a high bounce over a defender.

Since then, the move has become a trademark of his. He even pulled it out at last year’s Barnstorming event (1:50 mark), where he also jumped over Mason Plumlee.

Mason wasn’t present for Tuesday’s event but he did have Wake Forest’s Darius Leonard to jump over. 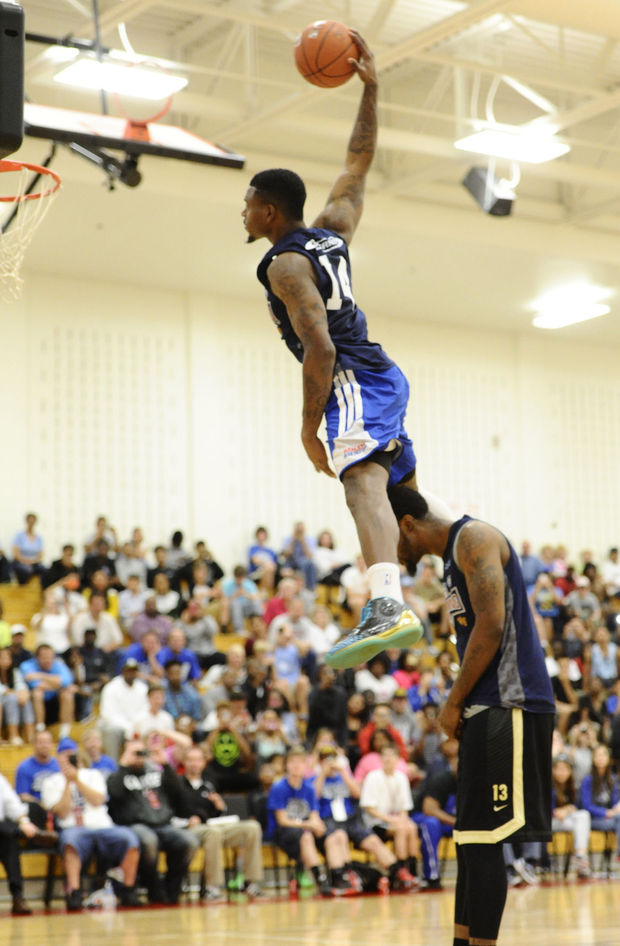 So for those of you, who haven’t been following the former CIAA Player of the Year, the grainy instagram clip and pic above might be pretty mind-blowing, but for those who have been following him over the years, you know this is just part of his normal repertoire and just another day in the life of a human highlight film.

BEST SELF OOP EVER?

To me, the mother of all self oops belongs to ex NBA high flyer Paul McPherson, while he was playing overseas after his NBA career.  Go to the 16 second mark of this video to see it.