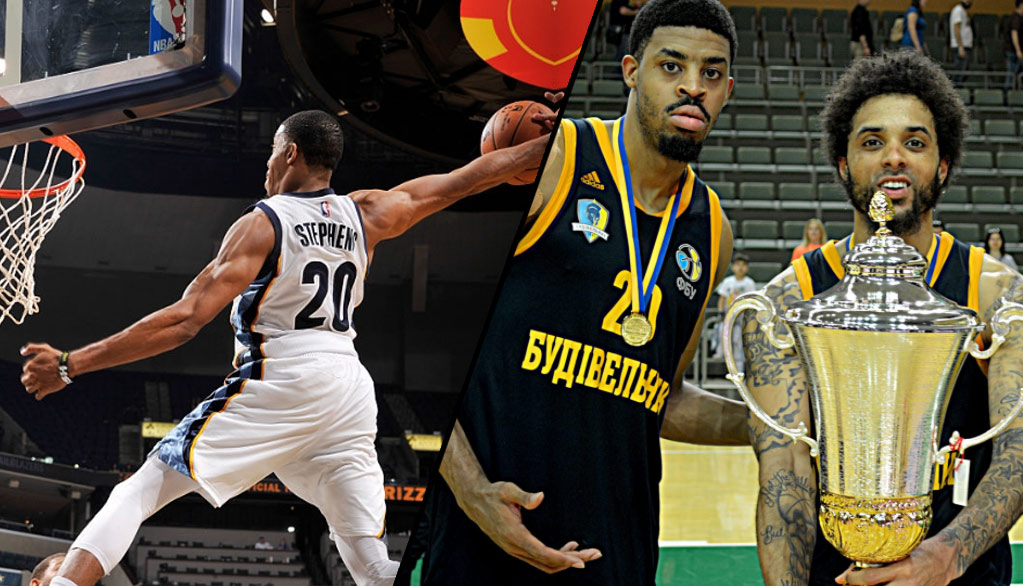 I was happy to see former Ballislife All-Americans Derrick Jones Jr and Glenn Robinson III compete for this year’s NBA dunk contest championship but the event was one of the most disappointing in recent memory. For me, the disappoint actually started back in October, when the Memphis Grizzlies cut DJ Stephens — one of the only high-flyers in the world capable of impressing Vince Carter and my pick to win the 2017 NBA dunk contest — after a preseason full of viral dunks.

Stephens decided to take his talents to the Ukrainian SuperLeague and play for B.C. Budivelnyk. And this past weekend, Stephens scored a team-high 21 points in Game 5 of the SuperLeague finals to help his team win a title. In that game, he also had one of the best dunks in league history, when he volleyball spiked a dunk over a Khimik defender.

Unfortunately the horrible quality of the video doesn’t allow you to fully appreciate the dunk of the year nominee but his nasty dunks and blocks from Game 2 is a lot easier to see in this video.

And here’s his highlights from Game 3, which included four threes on his way to a season-high 25 points.