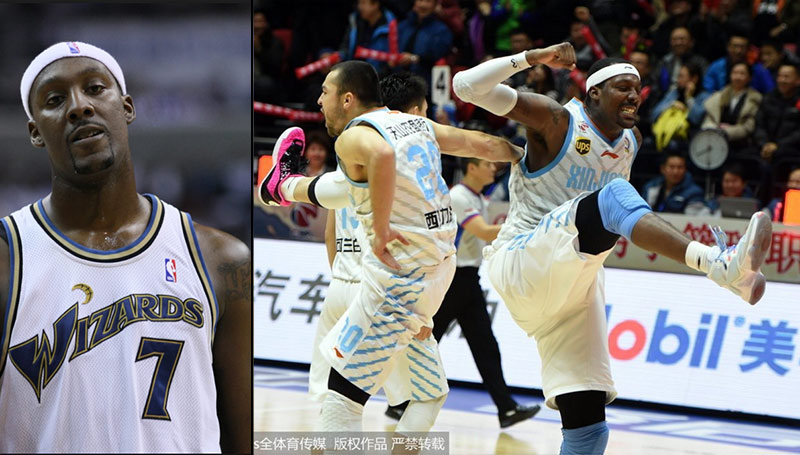 You don’t mess with Andray Blatche when it comes to his stats. The former NBA player mostly known for being so desperate for a triple double, ...(Read more)

You don’t mess with Andray Blatche when it comes to his stats. The former NBA player mostly known for being so desperate for a triple double, that in the remaining minute of a game where he needed 1 more rebound to get the triple double, he got pissed at his teammate for grabbing a rebound and then asked a player on the other team to allow him to get a board while a player was shooting free throws.

For the past 2 years, Blatche has been tearing it up in the CBA and was a 2015 CBA All-Star with a 31 & 15 average. On Wednesday night, Blatche had a monster game of 37 points, 13 rebounds, 5 assists, 3 steals and 2 blocks to help the Xinjiang Flying Tigers go up 2-0 against Stephon Marbury’s Ducks in the CBA quarterfinals, but he might not be around for game 3.

During the 2nd quarter, Blatche lost it after a no-call and threw his headband at a ref. He was just given a tech but his temper tantrum reportedly might cost him a game.