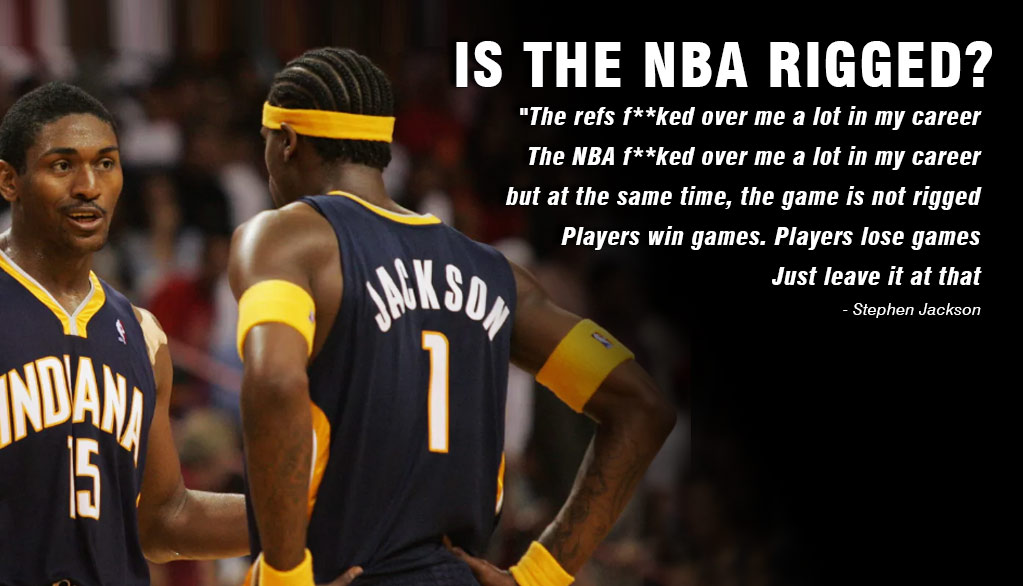 Let’s not all point our fingers at Ayesha Curry, thousands of people on social media were shouting “the NBA is rigged” after the Warriors’ controversial game ...(Read more)

Former NBA Players Explain Why The NBA Is NOT Rigged

Let’s not all point our fingers at Ayesha Curry, thousands of people on social media were shouting “the NBA is rigged” after the Warriors’ controversial game 6 loss last night. Thousands of others were saying the same thing when the Warriors escaped the Thunder in their last series. I also remember a lot of people saying this during last year’s finals (GM1 calls in favor of LeBron?) and many other series in the past (2002 Lakers vs Kings?).

People say the NBA is rigged almost year during the NBA draft (how did Mutombo know the 76ers had the 1st pick?) going back to 1985 (Patrick Ewing and the cold envelope?).

People say it when certain trades happen (the Lakers ending up with the pick that became Magic Johnson?) or don’t happen (CP3 to the Lakers?).

My best friend (a bookie) says it after every game and has given me some very hard to argue with examples over the years, if you follow the spreads.

But for every guy like my friend in Vegas, every ref like Tim Donaghy and for every talkative former player/assistant coach at a Houston bar with too many drinks in his system, there’s guys like Metta World Peace and his former partner-in-crime Stephen Jackson. The Malice in the Palace vets both took to social media this morning to explain why the NBA is not rigged and why it’s so disrespectful to the players to say it is.

Another former player to comment on this topic is former NBA lottery pick Sharone Wright. Here’s what he posted to Facebook this morning.

Memo to NBA fans: THE NBA IS NOT RIGGED. The NBA can’t “rig” the game to where LeBron has 41, Golden State has just 11 points in the first quarter, Andre Igoudala’s back tightens up, Harrison Barnes can’t hit anything and Tristan Thompson has a double double and essentially out-hustles all of the Warriors front line.

MVPs don’t often foul out, especially not in the Finals. And a couple of those calls against Steph were bad. But he also didn’t help with a couple dumb ones that were his own doing.

And by the way, NBA already has cashed the check from their broadcasting partners. Doesn’t matter if it’s a sweep or a 7-game series, ESPN and the league’s other partners have already given them their money for this season. Individual owners and cities make more money as the playoffs games continue, but that’s about it.

If the league were “rigged,” you’d get a New York-LA Finals every year, we would have seen Kobe v LeBron in the Finals, or every Finals would be a 7-game series.

So do you believe these guys or are you riding with angry Ayesha and believing the NBA is going out of their way to help the Cavs? I mean, it’s not like the NBA would want to help Cleveland…with the exception of the 03 draft, when they landed Akron native LeBron…and 2011, when they ended up with the #1 pick after LeBron left.  I’m just kidding, but if you enjoy these conspiracy theories then you will probably enjoy these videos: The Art of Rigging NBA Games.