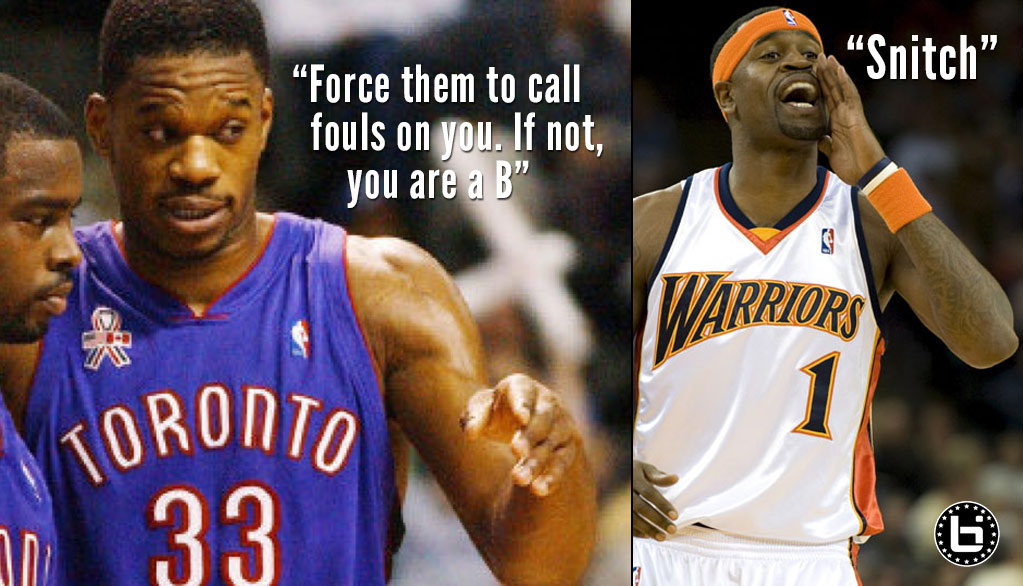 When talking about “tough guys” from the 90s, Antonio Davis of the Davis Boys (Antonio and Dale) from Indiana should be one of the first names ...(Read more)

When talking about “tough guys” from the 90s, Antonio Davis of the Davis Boys (Antonio and Dale) from Indiana should be one of the first names to come up in the conversation; His name should also come up when discussing worst dunk contest performances from that decade.

When talking about “tough guys” from the 00s, Stephen Jackson aka Stak5 aka Dahlism (ask Steve Francis) should be one of the first names to come up in the conversation; Not only does he have the Malice in the Palace on his resume but the former NBA champion reportedly was once involved in a shootout after being hit by and rolling off the hood of a car outside a strip club (that’s ESPN 30 for 30 material!).

Earlier this week, the two former Pacers both had some harsh words for modern “tough guy” LeBron James after the King complained about the harsh words Draymond Green had for him.

Here’s what Davis had to say on ESPN’s Russillo and Kanell Show.

“I think with LeBron, there’s no fear there. Guys don’t fear what this guy will do to them. When I’m watching, I want to call him that sometimes. I’m just like, ‘Dude, go dominate the game.’ Talking about, well they aren’t calling fouls for me. I only have 17 foul shots. You don’t have a charge. You ain’t running nobody over. You got all them muscles and you patting your biceps. Go run somebody over. Force them to call fouls on you. If not, you are a B.”

Davis also said he would never talk to Michael Jordan that way because MJ would make you pay.

“(Jordan) would say something crazy to you and you have to respond. But the B-word wasn’t coming out of my mouth. Sooner or later he’s going to make you pay. … He doesn’t need any added incentive to come at you.”

And here’s Captain Jack talking about passion and calling LeBron “a snitch” while speaking with Rachel Nichols and an amused looking Rajon Rondo on ESPN’s The Jump.