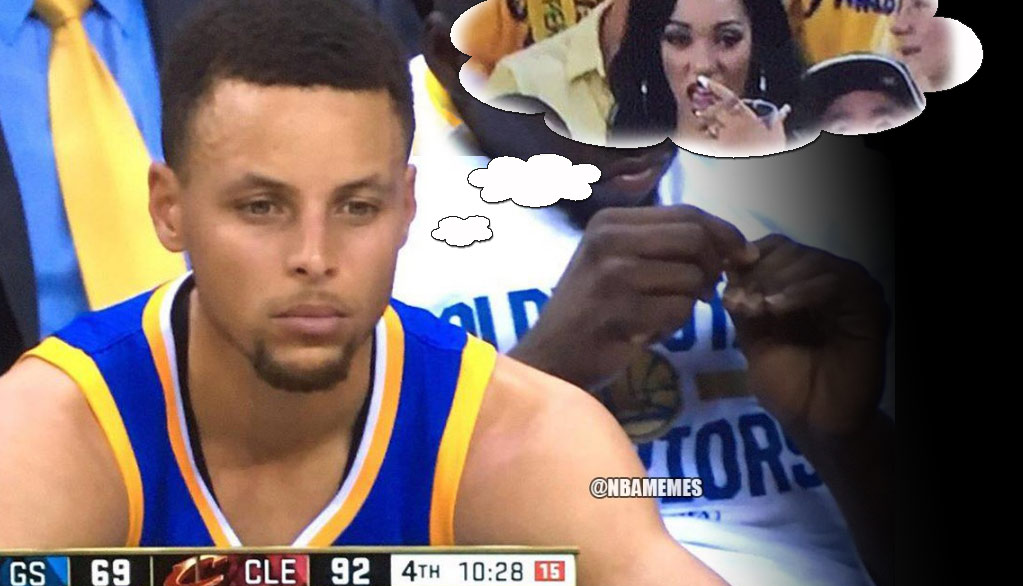 Don’t let the boxscore fool you. Steph was awful last night. He did have a scoring outburst in the 2nd half of the 3rd quarter, where ...(Read more)

From Getting Crossed To Rejected: Steph Curry’s Lowlights From GM3

Don’t let the boxscore fool you. Steph was awful last night. He did have a scoring outburst in the 2nd half of the 3rd quarter, where he scored the majority of his points, but for most of the game, especially the first half, Curry was awful. So awful, Stephen A. Smith tweeted during the game it was the worst he’s ever seen Steph play. It wasn’t just because of the cold shooting. It was also because of some lazy passes and defense.  His defense was so bad in the first half, Kerr benched him after he was beaten on two back cuts.

“I would have done the same thing,” Curry said about the benching.

Curry also said he needs to “play 100 times better” than he did on Wednesday night and I’m willing to be the house and kids he will in GM4. But in the meantime, let’s revisit some of his worst moments from the Cavs beatdown in GM3.

Kyrie Irving transformed into Uncle Drew on the set of a new Pepsi commercial during the first quarter of GM3. He had 16 points in the quarter and 2 of them came after this crossover on Curry.

At the end of the first half, Steph Curry had 2 points on 1 of 5 shooting, 3 turnovers and 3 fouls while his team was down 8.

LeBron deflects a pass from Curry, passes to Kyrie Irving and then catches a 1-hand-head-at-the-rim-oop.

LEBRON REJECTS CURRY AFTER THE WHISTLE

After scoring 13 of his 19 points in the 3rd quarter, Curry tried to sneak a dunkcam on LeBron after a whistle was blown. LeBron noticed at the last second and casually jumped straight up and rejected Curry.

I know what Steph Curry was thinking about tonight lol pic.twitter.com/XCaxxSPyKT

Don’t worry Steph, help is on it’s way for GM4.