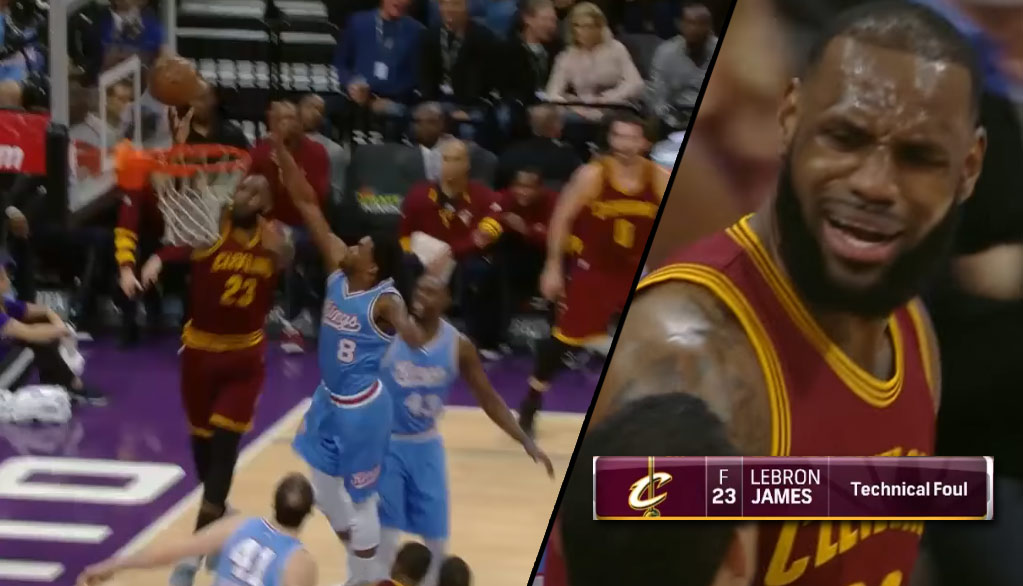 Earlier in the week, reports were coming out of Cleveland saying LeBron James was becoming “increasingly frustrated” with the way he’s been officiated this season. Via ...(Read more)

Earlier in the week, reports were coming out of Cleveland saying LeBron James was becoming “increasingly frustrated” with the way he’s been officiated this season.

Via Dave McMenamin of ESPN:

Much of James’ detest comes from the fact that the vast majority of his shots come from within the paint — as 12 of his 20 did on Tuesday — yet, according to multiple sources, he feels contact is ignored, whereas players who thrive more on jump shots than drives have been rewarded with big nights at the line.

Add it up and there is a perception by James, according to multiple sources, that he doesn’t get officiated the same way as many of his All-NBA-level peers.

On Friday night, LeBron let out some of his frustration when he jumped around and yelled at the refs for allowing Rudy Gay to get away with a goaltending his layup attempt.

James also only attempted three free throws — the least amount in 11 games — but still finished with 16 points and a season-high 15 assists in the 120-108 win over the Kings.