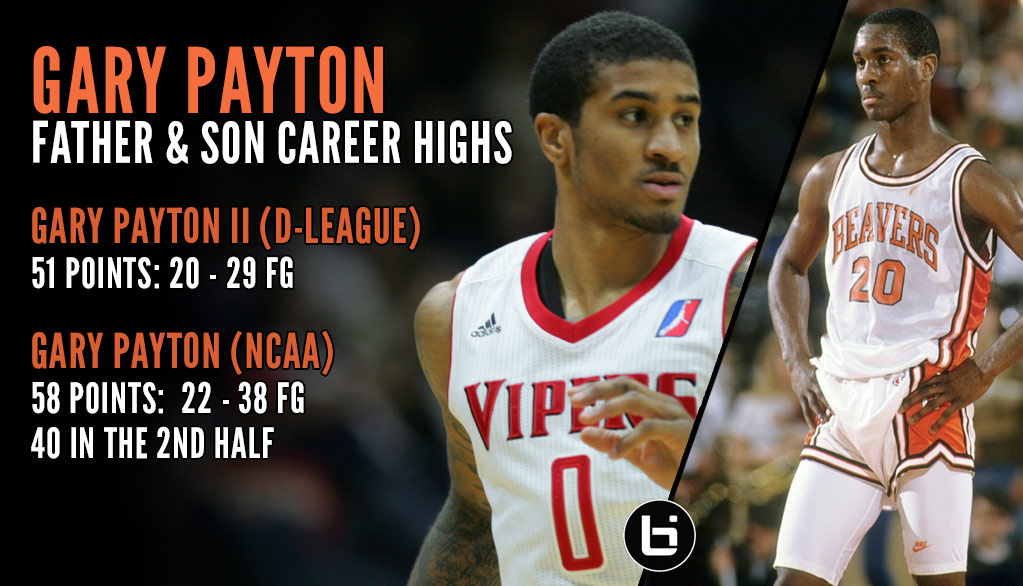 With Gary Payton senior in the house, Gary Payton II went off for 51 points in a D-League game against the Los Angeles D-Fenders (the name ...(Read more)

With Gary Payton senior in the house, Gary Payton II went off for 51 points in a D-League game against the Los Angeles D-Fenders (the name is so ironic). The former Oregon State guard connected on 20 of 29 shots including 7 of 12 from downtown. He also had 11 rebounds and a nice chase-down block.

Being the legendary trash-talker Gary Payton is, i’m sure he told his son about the time he scored an Oregon State record 58 points in a college game against Robert Pack, Harold Miner and USC. In that game, Payton made 22 of 38 shots, including 15 of 20 in the 2nd half!

Unfortunately I don’t have any footage from GP’s career-high but I did come across this 48 point performance against Bo Kimble (53) in 1989.

There is one thing Junior can say he can do that his Dad never could…FLY!

But both of them can brag they met me in person! I’m obviously kidding.