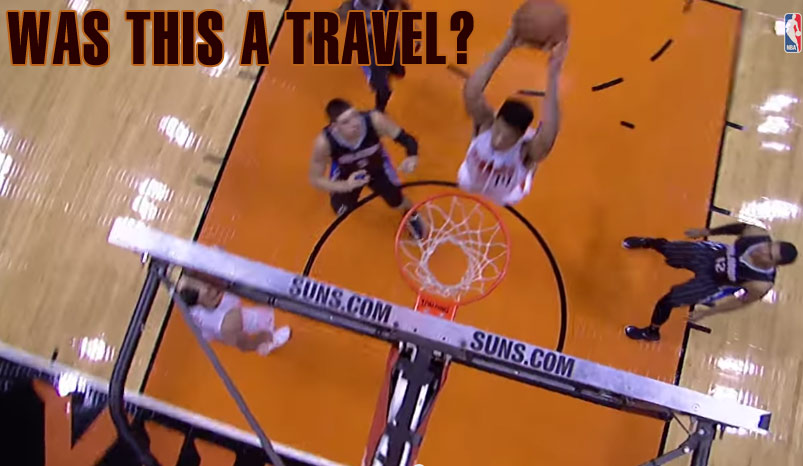 In the latest edition of “Did He Travel?” we present the Phoenix Suns Gerald Green and this self alley-oop- off-the-backboard dunk vs the Magic. If you ...(Read more)

Gerald Green self alley-oop dunk off the backboard: Travel or good move?

In the latest edition of “Did He Travel?” we present the Phoenix Suns Gerald Green and this self alley-oop- off-the-backboard dunk vs the Magic.

If you think it’s a travel then here’s YouTube user Lawrence Hunt with an argument.

Watch the video and look at his left foot. That’s his pivot foot he’s using. That means that he’s able to move his right foot freely as long as his left foot is still planted on the ground. Here’s what confuses the average nba fan:

You are confused about one of these two points:

1: Since he established his left pivot foot, he’s allowed to take ONE extra step with his right foot but ONLY if he’s in the act of shooting the ball or passing. It’s illegal to pick up your pivot foot if you’re not gonna pass or shoot.

Atleast there’s no argument on this clean steal and dunk by Green.

If you want to take a look at others who have mastered throwing the ball off the glass to themselves then check out this compilation of the Master Kobe Bryant doing it.